You are here: Products Entangled by S.M. Brooke 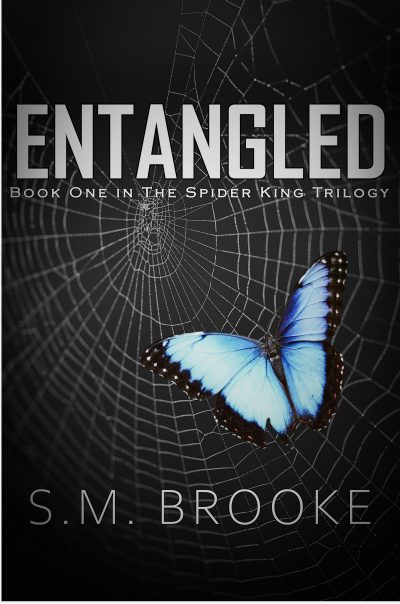 When he suggested she break free of her shell, she didn’t expect to get tangled in the spider king’s web…

Kyle Lincoln’s life was dull and colorless. His deep-seated need for control had made things a bit too predictable for his liking. Always having found meaning in his ropework, he decides to go down to the club to search for a source of inspiration and meets a woman who embodies chaos and rattles his self-control.

Kayla doesn’t think there’s any way such a sexy and enigmatic man could ever be genuinely interested in her and resolves to forget him after their passionate encounter, but soon finds that’s easier said than done. Will Kayla find the strength needed to fight for what she wants, or will she find herself hopelessly entangled in her own self-doubts.

S.M. Brooke is an artist, writer, and author of the new novella "Entangled", the first book in "The Spider King" trilogy. A lifetime lover of BDSM and kink, she mainly writer steamy romances in these genres. S.M. considers herself a lifelong learner and first became interested in the topic due to an ever-present intellectual curiosity in taboo subjects. However, she became further entranced by the subject due to the emphasis placed on safety and consent within the community. Fascinated by the contrast between the dark, compelling subject matter and the sweet, nurturing way in which it is executed, her writing tends to reflect her interests.

Be the first to review “Entangled by S.M. Brooke” Cancel reply