You are here: Products Electrified by Rachel Blaufeld 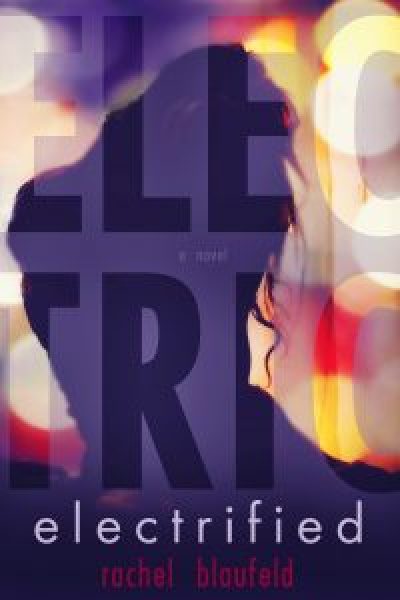 Everyone knows her as Sienna Flower.

Her curves and long lashes tease and taunt from her very own billboard where the desert meets the Las Vegas Strip. She’s the hottest stripper in town, known for her sultry and indecent moves coupled with her virginal eyes.

She’s a heady and unique combination, and a mystery to all who come to see her.

Sienna captivates crowds nightly at the Electric Tunnel, leaving them wanting to know more about the sensual enigma. But no one ever sees beyond the heavily guarded stripper onstage. She is Sienna Flower 24/7.

No one other than her closest friend and boss, Asher Peterson, who helped turn a young and frightened girl into who Sienna is today. Together they created the sexual illusion known as Sienna Flower. They will go to any lengths to protect her image, which is why Sienna is convinced she must remain unattached and alone.

Like everyone else in Vegas, Sienna is hiding something and playing a role. A good girl in her former life, she was raised to be obedient and accepting of her fate, but there are some circumstances no one should be expected to accept. She escaped to a world light years away from the one she was subjected to…the Electric Tunnel.

Now she can never be anything other than Sienna Flower. Not only would she be hurt, but everyone around her would suffer the consequences.

That is, until she meets private detective Carson Graham, the dark and mysterious ex-FBI agent who watches her dance every weekend. With his dark hair and chocolate-brown eyes, Carson begins to heat Sienna’s heart and body, melting away the layers and secrets. Sienna doesn’t want to get attached to Carson, but when another man surfaces and starts hunting her down, bringing out the scars of her old life, she can’t help but seek comfort in Carson’s protection.

With everyone trading on the secrets of her past, Sienna finds herself caught in an awful web of lies. Her ultimate fear is hurting her friends at the Tunnel, but she doesn’t know who to trust. Namely, Carson. Is he good? Or bad? Does she have the luxury of finding out?

Rachel lives around the corner from her childhood home in Pennsylvania with her family and two beagles. Her obsessions include running, coffee, basketball, icing-filled doughnuts, antiheroes, and mighty fine epilogues.

Be the first to review “Electrified by Rachel Blaufeld” Cancel reply