You are here: Products Echoes in the Darkness by Jane Godman 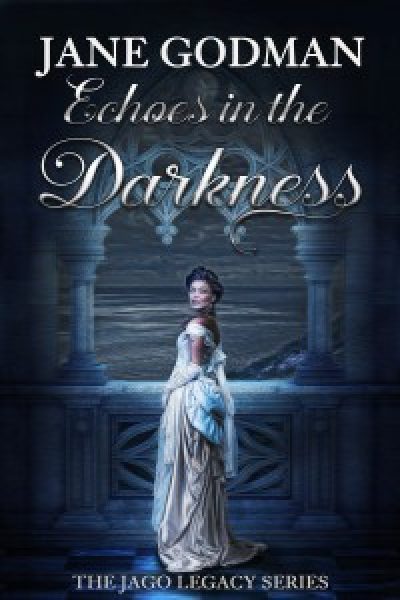 Echoes in the Darkness by Jane Godman

In the artistic circles of 1860s Paris she is known as the Divine Dita, Montmartre’s most sought-after nude model. But now she’s not so much striking a pose as playing a role, as fiancée to the next Earl of Athal. The charade is a favor to Dita’s best friend, Eddie Jago, a dissolute painter, and the aforementioned heir. As deceptions go, it is innocent compared with what is to come.

On the grim Cornish coast, from the ashes of a ruined castle rises the Jagos’ sumptuous new manor house. The fresh-hewn stone, however, cannot absorb the blood of centuries or quiet the echoes of past crimes. Dita struggles to decipher the Jago family. There is Tynan, the kindly Earl, Lucia, his capable wife, handsome, volatile Eddie and sweet, sheltered sister Eleanor. Then there is Cad, the handsome second son whose reputation is impeccable in business, but scandalous in everything else.

Drawn by friendship, ensnared by lust, Dita uncovers a sordid tangle of murder, desire and madness. It will lay her bare as no portraitist has done before.

Oh, and let’s not forget the Young Adult horror novella she has coming out later in the year with MuseItUp Publishing!