You are here: Products Drifter by Janine Infante Bosco 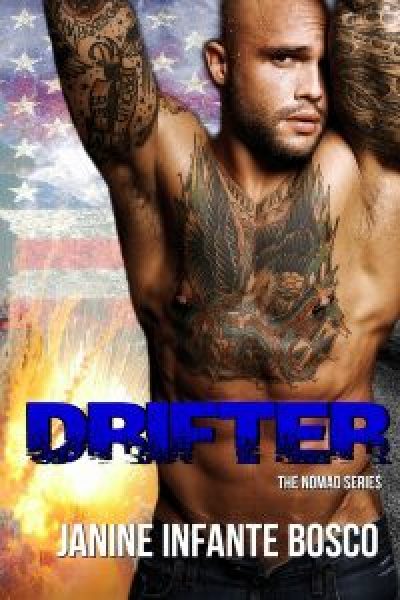 A man born to ride through this world alone.

There used to be a time when I thought I was the rescuing type. I enlisted in the Marines and made it my duty—I was going to save lives.

I was going to be a true American hero.

But God had another plan.

Or maybe Satan did.

For everything I touch finds mortality.

I’m a veteran biker, a former nomad who survived war only to live in hell.

Now I ride with the Satan’s Knights of Brooklyn and I’m drifting into a different kind of chaos.

The kind that revolves around a pretty girl with intoxicating green eyes.

A girl who has the power to turn me inside out.

A girl who doesn’t need anyone to rescue her because she’s her own savior.

They are the three things I strived to be.

But sometimes being successful can be lonely.

Sometimes a girl just wants to be a girl and have someone take care of her.

Maybe even love her.

Or worse, the victor becomes the victim.

Sometimes we lose control or in my case it’s stripped from you.

They are the three things I have become.

In my darkest hour I admit defeat.

In my darkest hour I need one person.

She is proud of her success as an author and the friendships she’s made in the book community but her greatest accomplishment to date would be her two sons Joseph and Paul.