You are here: Products Down the Rabbit Hole by Wade Esley 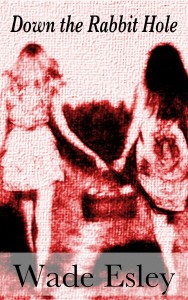 Down the Rabbit Hole by Wade Esley

Trish and Erica have been best friends since the third grade. They’ve helped one another through some truly trying times and fully expected to be best friends forever. But as the two become fully immersed in adulthood, they struggle to redefine their relationship in new terms…terms that sometimes defy definition or even reason.

Wade Esley was born in the Winter of 1970 in the Southeastern United States. Since finishing his university education in the early 1990’s, he has worked as a computer programmer to support his family. Throughout his life he has dabbled in the visual arts, music, film, and writing. In 2015, he finally took the plunge and released his first novella, “Down the Rabbit Hole”, for public consumption.