You are here: Products Doing It Her Way by Rita Sawyer 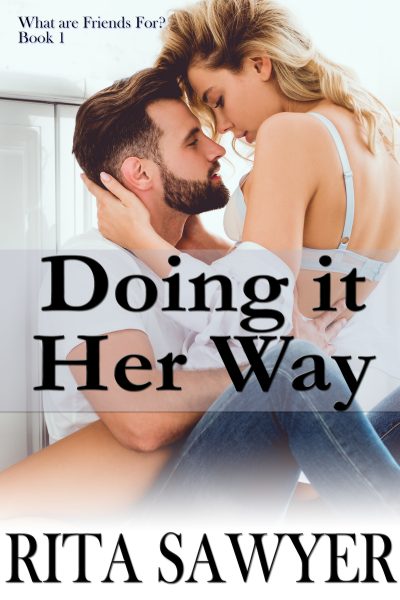 Doing It Her Way by Rita Sawyer

Lainey Miles wants nothing more than to marry her fiancé Jace Cannon. She’s been putting off setting a date because she doesn’t want the big white wedding her mother’s counting on. Jace isn’t hiding the fact he’s getting antsy either. She knows something has to be done and fast. So she recruits her friends to plan a surprise wedding that Jace will never forget.

Jace doesn’t understand why Lainey won’t even talk about setting a date for their wedding. If she changed her mind, he wished she’d just say so, but with the way they were burning up the sheets he didn’t think that was the problem. He was determined that as soon as he got back from his business trip they were going to sit down and work things out. One way or another he is going to get an answer out of her.

Rita Sawyer is a Massachusetts native, who did brief stints in Georgia and Maine. Now she lives about an hour from Boston with her husband. She has always been an avid reader, mostly romance novels (though she says she’ll read anything).
She writes contemporary romances and romantic comedies. Her stories vary in heat level from sweet to sizzling, but she hopes they all have at least a hint of humor. What good is romance without a little laughter? If you enjoy family and friend based series then you've found the right author. More about Rita and her books can be found at www.RitaSawyer.com. Readers can contact her anytime at [email protected]

Don’t forget to sign up for Rita’s Newsletter for updates and special announcements.

I wanted to write a book series about friends who had each others backs while they were falling for the men who popped into their lives and made them want to keep the there.