You are here: Products Do It For Daddy by Richard Manley 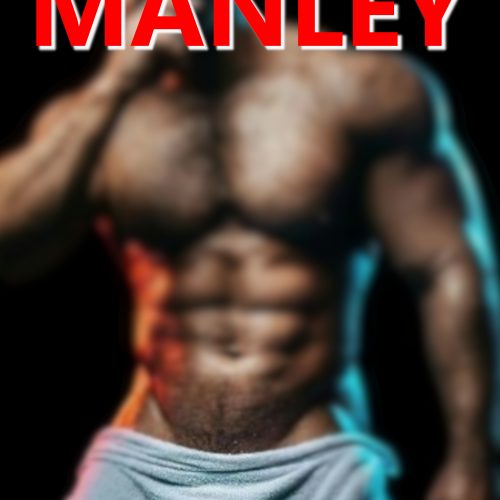 Do It For Daddy by Richard Manley

Coming of age story about a young man who experiences a forbidden desire for his stepfather. Gradually the realization dawns that the feelings may be mutual leading to taboo encounters.

CONFESSION
Joey has a confession to make about his stepfather. He’s got feelings for him and not the kind he should have.
A PRIVATE TALK
Joey and his stepfather have a chat one night and begin to explore their taboo desires. Then Joey catches his stepdad in a compromising position that makes it hard for both of them to deny their feelings!
THE FIRST TIME
While on vacation Joey finally gets his wish. He’s not sure if they’ve made a big mistake – but he can’t resist!
TWO FOR THE PRICE OF ONE
Joey begins a coming-of-age adventure that takes him into the exciting world of men, guided by his stepfather.
THE MARRIED MAN
Joey has had a taste, and now he craves more! He’s learning and exploring.
JUST THE TWO OF US
Joey gives in to his taboo desires again and knows that it will be hard to stop.
DOWN TO BUSINESS
Joey is now eager for new experiences and lets himself be dominated by an arrogant business daddy who teaches him about dominance and submission.
THE PARTY
The dominant businessman has plans for Joey. He has a little party, and Joey is the center of attention!
ONE MORE ROUND
The party has been intense, and though it’s been a long night, there’s always time for more!
THE STUMP
Joey enjoys the surprise endowment of Benny, a submissive man who will do whatever Joey demands. He’s learned a few things from the dominant businessman, and he puts those lessons to good use!
DOUBLE DIPPING
Turns out Benny has a brother – a twin brother and Joey learns that it’s true what they say about twins – there’s a submissive one and a dominant one. Joey gets to enjoy the best of both worlds!
HEADING HOME
Joey struggles with his feelings and reveals his true self on the plane ride home. An older man in a nearby seat hears Joey’s confession and has a confession of his own to make. That eventually gets Joey into trouble with a muscular flight attendant who decides to teach the young man a very important lesson.
BLACKMAIL
Joey wasn’t the only one to confess a secret. He now knows something about the sexy neighbor next door and uses it to his full advantage.
DIRTY DADDY
Not the kind of family reunion you often read about.
Do It For Daddy is a coming-of-age story about a young man who has an inappropriate crush on his stepdad. In less than a week, Joey has learned a lot about adult sex games. He’s gone from virgin to blackmailer, and he’s just getting started!

A lonely scribe toiling away in the wee hours of the night about naughty men doing naughty things! Have many books published on Amazon and Kindle Unlimited. I'm sure you'll find one to tickle your fancy! Like Father Like Son – young man coming of age. The Wolf Next Door – paranormal gay erotica. Under Construction – butch construction worker Buddies, Secrets & First Times – various first time stories. True Blue – a dirty cop on the prowl! Lonesome Cowboys – gay cowboy in the Wild Wild Wild West. Jack Knight (Romantic & Erotica) – rich gay mystery writer. And there's more! Just check out my author profile to see if there's something to tickle your fancy!

I have a crush on my stepdad. Is that wrong? I just can't help it. He's so damn sexy! I guess the fact that I'm a guy makes it worse.
I know that I should be attracted to girls, but I'm not. I'm attracted to men. And my stepdad is fucking hot!
His name is Dean. He's kind of old, but he's in great shape. He works out all the time, and it shows. He's got a great body with a nice tight ass, and it's all mine to look at whenever I want!
I know that it's wrong, though. And the thing is, even though he is my step-dad, he doesn't act like one at all. He doesn't treat me like a kid or anything like that. He treats me just like a friend!
I'm not supposed to like other guys, right? But I do… I like him a lot. And it seems like he likes me too. He's always giving me hugs and telling me he loves me and shit. It's making it hard not to fall for him. It's making it hard to concentrate on anything else, even my own girlfriend! I know, right? It sounds weird as fuck, but it's true!
Sometimes we rough house a bit. We’ll be in the basement alone, and he’ll start tickling me, then we start wrestling. I’m strong for my size and give him a good run for his money. Every time we did that, I got hard. Several times I noticed that he got hard too. I felt it pressing against me, but I never said anything, and neither did he.
It makes me wonder if maybe he wants to have sex with me…
I don't know if I want him to or not, though… Maybe if we were in the same age range, then it would be okay? But we're not. It would be wrong for him because of how much older he is than me and even more wrong because he’s with my mom… But maybe someday? Who knows?
I think about him all the time. I'm not sure what to do about it. I don't know if he's gay or not, but I'm willing to find out. To be honest, he's the only guy in my life that I've ever considered in this way.
I’ve been thinking about this for a while, though, but I can't tell him how I feel. He'd think I'm weird. I don't know how to get over this…
But I'm not gay, so why do I have these feelings for him? Sometimes he acts like he knows. He wouldn't care anyway, right?
I'm confused.
I know this is wrong, but I can't help it. He's so damn hot! He has this deep voice that makes me hard every time he speaks to me. And his eyes! Those sexy gray eyes are just amazing! I can just stare into them for hours and never get bored. And his hair! It's dark black, and it looks amazing when he lets it grow out a little bit. The way the light reflects off of it is breathtakingly beautiful to me! And his body! Dear God, his body is perfect in every way imaginable to me!
His chest… So damn sexy! Those abs look like they were carved out of marble by the gods themselves. His arms are big and strong (and perfect, in my opinion), and they make my heart skip a beat whenever he wraps them around me in a hug, which he does frequently. The feeling of his body pressed against mine makes me feel dizzy. His legs are strong and muscular and very sexy, and I love the way his jeans fit him, showing off his hot ass.
His feet are big but beautiful. He has this one toe that sticks out more than the others on one foot because when he was younger, someone stepped on it hard by accident at school one day when they were playing soccer or something. Other than that, he was perfect!
He's been in my life since I was a kid. I don't know what to do. I want him bad!
One day he seemed to sense that something was wrong.
We were the only ones home, and we were watching TV.
So, how's school going? He asked me.
It's going fine, I told him. I'm just a little stressed out about the upcoming exams.
Well, if you need any help, you know where to find me. He smiled at me and winked. I'm here for you, kid.
He got up and left the room, leaving me with this raging boner in my pants! Damn! That wink of his was so sexy! He had no idea how much of an effect he has on me… Or did he? Was he doing it on purpose? Or was it just a coincidence?
Oh, God… Please let it be a coincidence! Please don't let him know that I want him so bad. Please don't let him find out that I'm gay and that all these years of living with him has made me fall in love with him. Oh God, what should I do? Should I tell someone about this? But who can help me? Shouldn't there be some kind of support group for gay step-sons out there or something like that?!
Maybe my school counselor could help. But if she tells someone? What if she tells my mom?! Oh God, this is all so fucked up! What should I do?! What should I do?!