You are here: Products Disturbance by Marlow Kelly 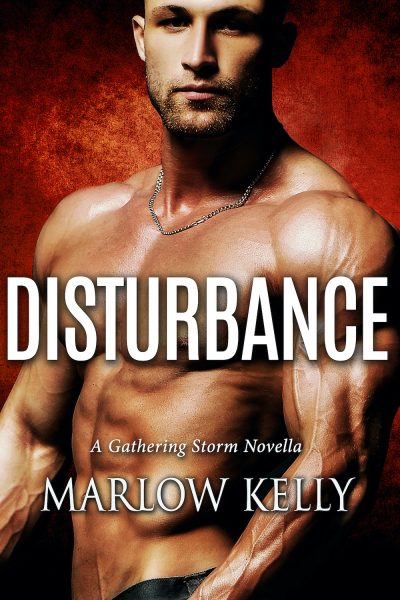 Held captive by violent bank robbers, they must put the betrayals of the past aside and learn to trust each other again.

Sophie Reed is the top criminal defense attorney in Granite City. She champions the wrongly accused and ensures the justice system works for everyone.

Detective Mateo Ramirez can’t believe he used to love Sophie. Everything she does is a betrayal of his work as a cop, but when she’s near his body reminds him of just how close they used to be.

When they are held hostage in a bank robbery, they realize their attraction for each other has never diminished, but can they overcome their past and work together.

After being thrown out of England for refusing to drink tea, Marlow Kelly made her way to Canada where she found love, a home and a pug named Max. She also discovered her love of storytelling. Encouraged by her husband, children and let’s not forget Max, she started putting her ideas on paper. She enjoys writing suspenseful, fast-paced romance stories that always feature strong women.
Marlow is an award-winning author, a member of the Romance Writers of America and an Amazon bestselling author.

Heat coursed through Mateo’s veins as it always did whenever she was around. Her large, luminous green eyes, her upturned nose, and her smooth skin always disturbed him, throwing him off balance. He reined in his physical reaction. She was one of the most gifted lawyers he had ever encountered and could have had a career with any prosecuting attorney’s office. But no, she had to practice as a defense attorney. It wasn’t logical, but it felt like she had betrayed him. It was as though she had gone out of her way to hurt him.
“You should’ve told Needham he’d mixed up the cases.”
She stared at him as though he’d lost his mind. “That’s crazy. It’s not my job to do his thinking for him.” She rocked back in her chair.
He either had to release his hold on the armrests or end up in her lap. He chose to stand.
She placed her feet on her desk. The action made her skirt slip up her thighs, revealing the top of her stockings.
He imagined running his hand over her pale, silky flesh. Back in the day, she’d had the sexiest underwear collection, and from the look of things, that hadn’t changed. Blood surged to his penis. He thumped the desk, burying his unwelcome attraction. “Bullshit. You have a responsibility—”
“No. I have a responsibility to my client.” Her smug look told him she felt no remorse for letting a dangerous kid back onto the streets.
“You should at least have—”
“If you cared that much about the case, you should have gone to court yourself.” She crossed her ankles. Was it an intentional attempt to distract him? Maybe make him remember what it felt like to have her long, luscious legs wrapped around his waist.
She gave him a knowing smile. She was playing with him. She knew he had a physical weakness for her and was using it to confuse him.
He shook his head, denying not only her charge, but also his own emotional turmoil. “It wasn’t my—”
“Bull.” She sat up straighter in her chair. Her skirt hitched farther up her legs. “You were off duty when you came upon the scene.”
“We stopped to help a fellow officer.” He glanced at her breasts. Her nipples pressed against a plain white blouse that wasn’t sexy or revealing in any way, yet was somehow more enticing than her lace stockings. He licked his dry lips. He had to keep his mind on the case. “There’s nothing wrong with that?”
“Right, but why is your partner testifying in a case that clearly belongs to the patrolling officer?”
He bent over her, closing the short distance between them so they were inches apart. “The kid was drunk.”
She lifted her chin, meeting his gaze, not backing down. “He’d just lost his mother. Where’s your compassion?”
His nose was almost touching hers. “Where’s your compassion for the woman whose house he wrecked when he swerved off the road and drove into it?”
“She has house insurance and she can sue. No one was hurt.”
“What about next time?” He was very aware of her scent, honey mixed with apples. God, he wanted to taste her.
“There won’t be a next time.” She snapped out the words like a volley from a rifle.
“You have an answer for everything. If I had any sense, I would shut you up,” he replied in the same tone. Her body, her mouth, even his own anger, were getting to him. He should back away, but he couldn’t.
“I dare you,” she whispered, her lips almost touching his.

Be the first to review “Disturbance by Marlow Kelly” Cancel reply