You are here: Products DISCONNECTED by J. Cafesin 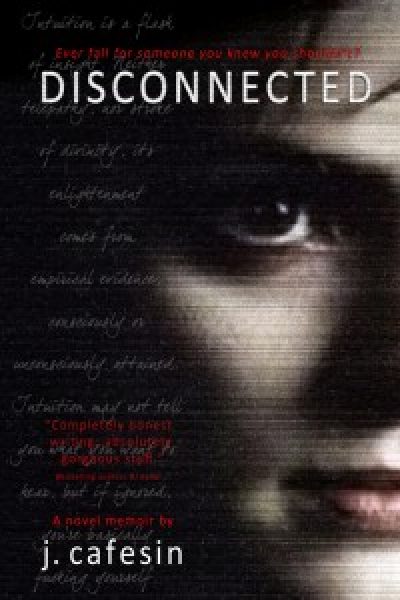 Ever drink too much, eat too much, indulge in excess, then swear you won’t do it again, but do? Ever fall for someone you knew you shouldn’t?

Rachel sought what most women did—to be successful, married and in love, have healthy kids. It was hard enough attracting a man when she wasn’t heroin thin or chic like most L.A. women, or sparkly, but not too bright, as her mom insisted females should be. But in the 1990s, finding a man wanting an equal partner, a woman beside him instead of behind him, seemed the impossible dream.

Then along came Lee…

How Far Have Women Come in 30 yrs?

DISCONNECTED is a modern, historical novel about the Coming of Age OF women, for women. The story exposes the antiquated roles women were expected to maintain in the recent past, up close, and very personal. It reveals the impossible standards of feminism—being poised, confident, cover-girl worthy, all while climbing the corporate ladder, and raising a family, and mirrors the challenges most women still face today.

Deemed a “Novel Memoir,” by the author, in defense of James Frey on Oprah, DISCONNECTED is “Poignant, Compelling, Thought-Provoking,” Woman’s Fiction that will linger long after the read.

She resides in the San Francisco Bay Area with her husband/best friend, two gorgeous, talented, spectacular kids, and a bratty, but cute Shepherd pound hound. Find her on Facebook and Twitter.

Be the first to review “DISCONNECTED by J. Cafesin” Cancel reply