You are here: Products Discipline: Book One of the 50 Shades of Surrender Series by Penny James 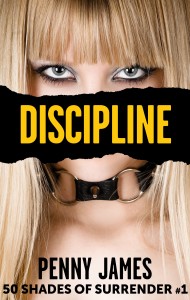 Discipline: Book One of the 50 Shades of Surrender Series by Penny James

When Roxy introduces the 22-year old Abi to Dominic, he immediately sets out to dominate her and make her his own. Unfortunately, Abi has other ideas. Although she finds Dominic incredibly attractive, she’s scared of sex, men and of falling in love.

Can the girl addicted to Romantic Fiction win over the Alpha Male or will she succumb to his sexual dominance? And where do Roxy and a spy called Martin Craig fit in?

Be the first to review “Discipline: Book One of the 50 Shades of Surrender Series by Penny James” Cancel reply