You are here: Products Dirty Secrets of Clean Sheets by DK Walker 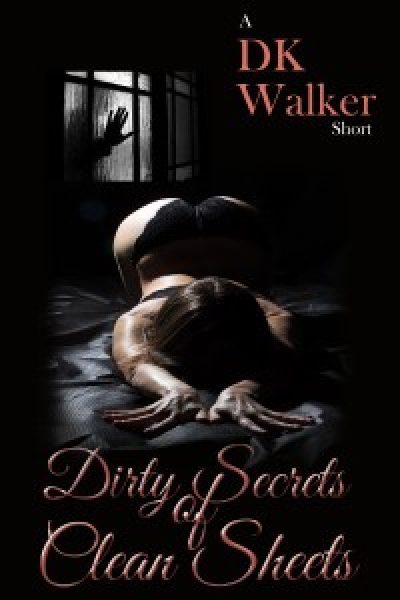 Have you ever wonder what the sheets of cheap motel beds would say if they could talk? I’m sure they’d whisper about habitual cheaters and sex addicts that can’t be cured; with their numerous one night stands, staining their sheets forever. I’m sure those same sheets would talk about how strange bedfellows misplace their love, only too happy to find lust. So get up-close and personal with a collection of short stories of everyday people longing for lustful things. Find out why when the doors are closed, and the blinds are drawn, is the only time some people consider themselves free enough to be who they truly are. So never judge a person without walking in their shoes unless yours is next to theirs underneath a bed of a seedy motel…

DK Walker is a Washington DC native who has four published books to his credit. They are The Ugly Side of Sex, A Boy and His Joyless Smile, Dirty Secrets of Clean Sheets, and the soon to be released ‘Bad Kenny’. A married father of two beautiful daughters who has been writing for well over half of his life, but up until recently decided to put his pen to work for the world to see. Reading a book by DK Walker will guarantee you two things; one, the temperature will always rise if you have his book in your hand. And two, you will always want to know when his next book is coming out. Attention book clubs and fans of DK Walker’s work; he can be reached at [email protected] or you can call him at 202 705 5243. Hope to hear from you soon.

I read other author’s works of erotica and felt that some was lacking depth…just because a person is writing about sex doesn’t mean a great story can’t come of it. So I decided to try my hand and have been writing for the last 5 years.

“People always wondered, ‘What if these walls could talk? What would they say’? After seeing the things they saw, oh, what tales could be told! Imagine if you will, the walls of Norma Jean talking. Do you think they would speak of both John and Bobby Kennedy? How even Presidential power was secondary to the power of pussy and the walls saw and heard it all. Monica Lewinsky, eat your heart out, because Marilyn Monroe is the most famous executive side chic ever.
How about the classic her word against his, as the 1991 Miss Black Rhode Island vs the youngest World Heavyweight Boxing champion had a differing of opinion in an Indianapolis hotel room on an early ’91 July Morning. Desiree Washington maintains that a consenting ‘yes’ never left her lips. To this day, Iron Mike Tyson says that he’s guilty of a number of things, but rape isn’t one of them. I’m willing to bet that after Mike found out his lead attorney specialized in taxes instead of rape; he wished those fuckin’ walls would have said something on his behalf.
From Mike Tyson to the Kennedy’s and every famous or infamous person that have used discreet motels for their darkest indiscretions. No one will ever know the full stories of what truly happened besides the eyes of 4 walls they were inside. It’s as if they took a vow of silence when no one asked them to. I mean, who are they to be so closed-mouthed, not to have uttered a fuckin’ peep? I mean, isn’t this the information age we now live in?
Now who am I to be askin’ who are you to be such a stand-up guy? Well let’s just say unlike the walls that have seen and heard it all; I’ve seen just as much, felt a whole lot more and I don’t mind parting with what I know. And boy, I know a lot! See, the famous people and their indiscretions make for better copy when their shit hits the fan and goes public although the true story is never fully known. But it’s the everyday John and Jane I wanna talk about. The nine to fivers, the regular Joe and Joan, imprisoned more by society’s standards than fame of the famous.
You see, inside of four walls and a closed door people will be who they truly are. Most times, they’ll venture to a local motel to gain the bit of freedom that life deprives them of. See, here no one watches so they have no one to explain to. The doors are closed, the windows are shut, the blinds are drawn and that’s when they feel safest to open up. Granted, some open up wider than others, but when a judgmental eye is nowhere to be found, best believe they all eventually open up.
And who am I who knows just as much as the walls that have seen it all, but felt a whole lot more? And what business of mine is it to speak on anything I’ve witnessed when no one has asked me shit? I mean honestly, wasn’t this the reason for the four walls, the closed door and the drawn blinds; so people could be so open? Privacy, freedom and no judgment; aren’t these the things that an over-priced and over-used motel room offers?
Well my name is B. Sheets and along with my headstrong cousin, P. Case, we are not bound to silence like our friend the four walls. If these walls could talk my ass… They can’t, but I can; so here are some of the stories of the Dick’s, Betty’s, Lisa’s and Harry’s of the world. Just regular people doin’ irregular shit…”