You are here: Products Dirty in Pink by Pepper Swan 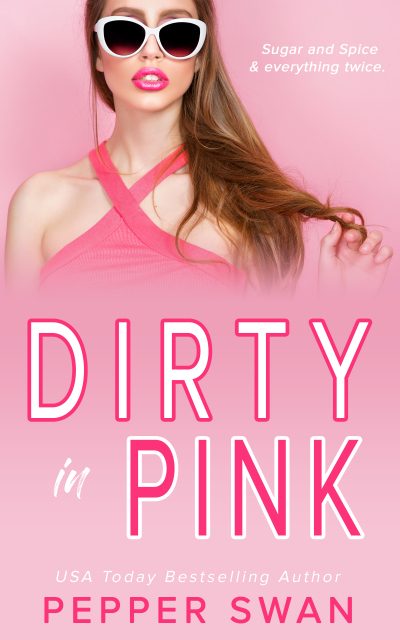 Dirty in Pink by Pepper Swan

Dirty In Pink is a sinfully sexy, stand-alone MFM romance with the emphasis on ménage sex scenes that are so wickedly hot they might just burn up your Kindle. Always a HEA ending.

﻿Find more from this author on:

Pepper Swan is a city girl who loves killer shoes, gorgeous clothes and anything extravagant. She's all about luxury, excess and the occasional fling with a downhome country boy . . . or three . . . to tame her wild ways. She's sometimes haughty, irreverent and downright plucky. She's not afraid to speak up if someone slights her or when a friend is in need. Pepper loves to write sinfully sexy books that set your toes on fire. But most of the time, she's happy to curl up with a hot reverse harem book, a box of luscious chocolates and the latest Michael Bublé album. Click on the Follow Button above to get updates on Pepper's latest release and please stop by and join her FB page to learn about giveaways and fun stuff: https://www.facebook.com/
PepperSwanAuthor