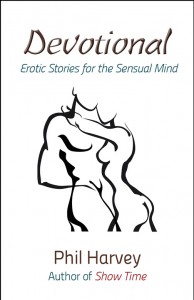 These stories will especially appeal to readers of Adam Levin, David Mitchell, and Tama Janowitz, as well as the best contemporary short story writers of sensual fiction.

He lives with his wife, Harriet Lesser, in Cabin John, Maryland. He is stepfather and grandfather to several very promising kids. He welcomes emails from readers who have serious and thoughtful questions about any of his stories, novels or books.

IT COULD BE ARGUED, Ashai thought, that I once did it for money, though the deal was never made in so many words.
It was her first visit to Las Vegas, an adventure, on the edge. Nineteen years old, she watched as the shiny Cadillac Escalade turned on its circular platform, surrounded by blinking slot machines, the kind that still took coins. No more of that these days. Now you pull the arm and they nick your bank account. Only the payouts in coins.
Ashai didn’t gamble, but she was fascinated by the sparkling beige Cadillac. She wondered if there were cars rotating in the middle of hotel lobbies anywhere else. She’d heard they did that in the Bahamas.
“You want one, honey?” She turned. A middle-aged man wearing a white cowboy hat, a white leather fringed jacket, a bright turquoise shirt with a string tie held together at his throat by a silver-and-turquoise slider, and … she couldn’t look any further. The rest of his attire would be equally awful. High-heeled boots, no doubt. White, no doubt. She turned away and headed toward the casino.
“Hold on, honey.” She stopped. “You stick with me, I’ll buy you one of those. I can buy more cars before breakfast than most men buy in a lifetime.” White boots — check. Big silver belt buckle — check. The man was truly awful.
Why wasn’t she walking away?
“Seriously,” he said. “I’ll buy you one of them Cadillacs. Good car.”
“Why would you do that?”
“‘Cause I think you’re pretty, honey. I like ‘em lean and muscular, athletic. I used to be like that.” Ashai was conscious of her exposed arms and shoulders. She was proud of the muscles. “That’s the way I like ‘em, so I buy ‘em cars or anything else they want. Comprende?”
Perhaps, Ashai thought, it’s because he so completely revolts me that I am fascinated — the way rodents are fascinated by cobras. Could I ever relate to such a man?
“Come on, honey,” he said. “We’ll play some craps. You stand right behind me, and I’ll give you half of everything I win. How’s that?”
“That would be just fine,” she said.
She stood behind him, and every time he won a bet, he’d pass half the chips over his right shoulder to her, without looking. When they cashed out she had $7,400.
“Well, honey, I lost, but you won. If you won, that means I won. That’s the way I feel. I really like you. I ain’t broke yet, let me buy you a drink. In my room.”
She went. Buck — his name was actually Buck — ordered a bottle of champagne. It came in a bucket of ice along with caviar and dainty little pieces of toast and chopped egg and onion.
She let him undress her. “My, oh my, look at them muscles,” Buck said. “Muscles in those legs right up to that sweet pussy,” he said. “My, oh my.”
Mr. Buck got down to business. Ashai shifted her position, oozed some saliva out of her mouth onto her fingers, and worked the fingers between her legs to make it possible.
“ You want a little more spit down there?” Buck said. She nodded. Mr. Buck’s head disappeared and she felt his tongue, a little scratchy — like the desert, images of cactus and lizards — but still warm and pleasant, like a rough towel after a hot bath.
Mr. Buck moved up, pushed, poked. When he was finished he stood, walked to the sideboard, and poured himself a glass of champagne. He turned back to her. “You want some?”
“Sure,” she said. He filled her glass and brought it to her. Well, she thought, Mr. Buck is polite. I’m not a cheap whore and he’s not a monster.
“Look up at that little button above the picture frame,” Buck said. “I think they’re keeping an eye on me. Last Saturday somebody, some plainclothes guard, was following me around. They think I’m a card counter. I can do that but I don’t. Or at least I do it real careful. I think they give me these cut-rate suites with bugs in them so they can keep an eye on me, or an ear.”
“You think that’s a camera?”
“Maybe.” Buck pulled on his jockey shorts. He looked back at Ashai. “ Them muscles, they’re good, real good. So’s that pussy.”
“Thank you,” she said.
“I’m going down for some high-stakes stuff now,” he said. “Chemin de fer.” He pronounced it shamen differ. “Big bucks. You stay as long as you like, hear?”
“Sure,” Ashai said. “Sure.” Buck left, and the door clicked behind him. She looked up at the button in the wall above the picture frame. She fished around in her purse, getting past the Vicks inhaler and the ChapStick, found her little curved vibrator, and lay back on the bed. She looked up at the button above the frame on the wall, opened her legs, and aimed herself at it. She turned the base of the vibrator and put it to work. It hummed and buzzed and gave her pleasure in much less time than usual.