You are here: Products Devil in the Countryside by Cory Barclay 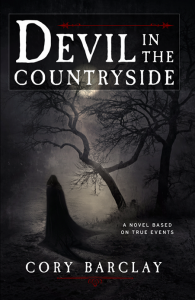 Devil in the Countryside by Cory Barclay

Cory Barclay was born and raised in San Diego, California, and he went to UC Santa Cruz and studied Creative Writing and Modern Literary Studies.

Interested in all things historical! This is a historical mystery with elements of romance.

Dieter felt great satisfaction in his familiarity with the people of Bedburg. But as he made his way into the center marketplace of town, he saw someone whom he did not recognize.
While the farmers were setting up their tents of grain and fruits and vegetables, and the tradesmen set up their wares, and the butchers shouted their prices for their fresh meats, she stood out from all of them.
She was a beautiful girl in a pristine white gown, with curly hair the color of the sun, and fair skin that made her look angelic. She carried herself with grace and elegance, and Dieter stopped moving when he laid eyes on her. In a place full of dirty peasants—hands blackened from hard labor, tunics crusted with week-old filth—she seemed so out of place. She was a diamond in a field of coal, and Dieter was shocked that he’d never seen her before.
The girl skipped over to a fruit vendor and looked into a crate of apples, then rummaged through the crate, squeezing each one. Dieter felt the urge—the desire—to speak with her. As a shy priest and a man of God, he couldn’t ever remember feeling that need before. And it happened so fast.
Dieter found himself walking in her direction before his mind realized what it was doing. He couldn’t control his legs. His robe swept the dirty ground as he neared her, and he almost tripped over his own feet.