You are here: Products Deviant: Calla & Jason by Rowena 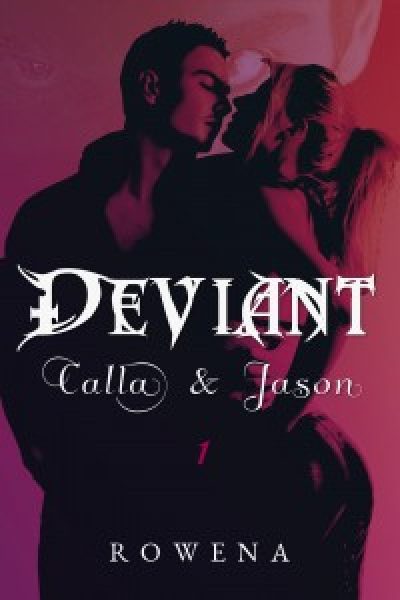 Billionaire Errol Jameson is bored. Money has been able to buy him everything, and with most of his work outsourced and his life goals met, including easy access to beautiful, willing women, he needs new challenges.

He decides to create his own reality show to appease his voyeuristic tendencies, his first unwitting test subjects and show stars: Calla & Jason.

Jason has been in love with his friend’s girl for a while now. The three of them have known each other since adolescence, but Scott whisked Calla away before Jason could even begin to make sense of, and act on, the tender feelings he has for Calla. Seeing the two of them together has tortured him for over eight years, and he has been forced to accept that he’ll only be Calla’s friend.

But life has thrown an unexpected curve-ball, and he finds himself trapped in an unfamiliar place with Calla, who has also been kidnapped. A disembodied voice tells them that the only way they’ll be freed is to give in to carnal intimacy–an idea that appalls and disgusts the faithful, prim Calla.

Will they find another way out? If not, how long until they give in to the demands, and what will become of their relationship after?

She enjoys making up circumstances in which two people are forced to confront their feelings–sexual and otherwise–to the object of their desire, feelings they have been hiding or running from for a while because of a major barrier or conflict of interest. Her characters usually know each other, and their first sexual encounter has been a long time…coming.

Be the first to review “Deviant: Calla & Jason by Rowena” Cancel reply