You are here: Products Desire by N. J Scarlet 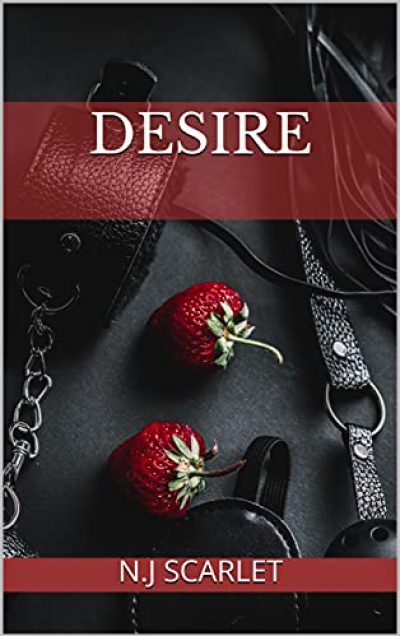 Chapter One – Wanting
Thirty-two year old Annabeth Parker licked her finger before turning the page. Lost in a world of men catering to the heroine's every desire, it was easy to forget that she was at her day job in her little bookstore, parallel with the university across the street. Until of course, she found herself on the receiving end of another slime-filled pick-up line from a man only a few years older than her. "Has anybody ever told you, you have a real sexy librarian look going on?"
As she glanced down to her slightly exposed cleavage in her white button-up, she could only imagine that her auburn hair pulled back in a clip, her reading glasses and her grey pencil skirt only reinforced that 'sexy librarian look'. Nonetheless, she set her bookmark in place and looked up at the man who had spoken. Her frustration was eminent, the moment she took in the thirty-something year old, self-declared, God's gift to women, Professor Brent James, whose prime goal was to score a night with her as opposed to a book. But as usual, Annabeth had other plans. "Is that so, Brent? Because, with that ring on your finger, you look like you have that sleazeball look look going on. I'm surprised you don't have one of your blond students with you, again. What happened? Grew too smart for you?" His stone-cold glare didn't waiver. Annabeth had struck a nerve and honestly, she didn't care. "For your information…" He began, but his defensive retaliation was broken by an immediate and clearly accidental barrel of laughter which came from the unseen man standing right behind him. The newcomer stepped forward, with one hand failing to conceal his reaction, and the other clutching a book tightly.