You are here: Products Defining Moments: A Moments In Time Novel by Dori Lavelle 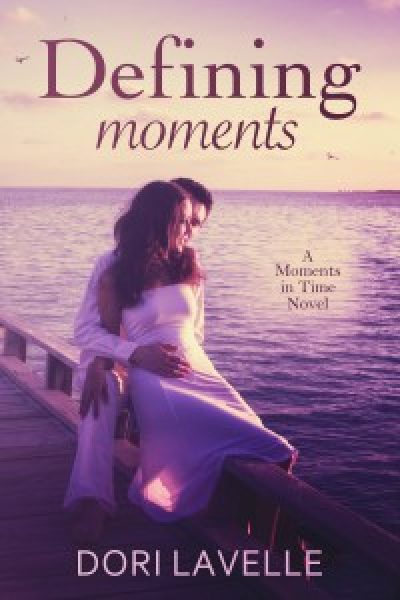 Defining Moments: A Moments In Time Novel by Dori Lavelle

How much heartbreak can one heart take?

Melisa Dane has made it through the worst. Her heart was broken, but Florian Dane, better known as “Heat”—and the man of her dreams—returned to mend it. Now, with her family almost complete, Melisa is ready to sit back and enjoy life.

But fate isn’t done with her yet. The perpetual smile on her face freezes when the second man to steal her heart shows up in her life once again. Scott Bergfeld, the husband she buried and grieved for years ago, is not dead, and he comes back bearing secrets.

Heartbroken and confused, Melisa tries to find answers to questions she never thought she’d ask, but what she learns throws her life into turmoil. Soon, cracks start to form in her marriage with Heat. As her heart is torn into two halves—between the man she loved first and the man she married first—she comes dangerously close to having her whole life destroyed again. How many people will end up getting hurt? This time, does she have the strength to make it through?

Growing up, Dori read a lot, and when she wasn’t happy with a particular ending, she wrote a different one, just for herself. Before long, she was writing stories when she should have been doing homework. The time has come for her to share the stories she cooks up in her head.

The song, Learning to live again, by Garth Brooks.

Be the first to review “Defining Moments: A Moments In Time Novel by Dori Lavelle” Cancel reply