You are here: Products Defenseless to Resist by Brooke Berkley 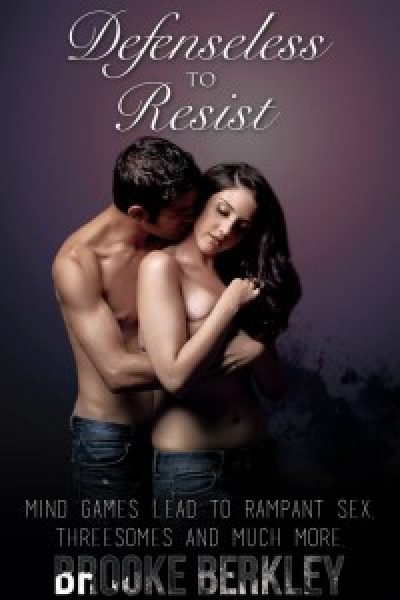 Defenseless to Resist by Brooke Berkley

Kyle’s a ladies man, ever since he’d left the army & after two tours of Iraq he decided it was time for fun & no commitment. Being an insurance assessor meant plenty of travel and opportunity for one night stands especially if the travelling resulted in the odd night stop over, Aimee was one of those one nighters on his current trip to Utah and very pleasant she was too, motel sex can be very liberating, no expectations beyond that night

Arriving the following day ready for a boring storm damage report for a hotel probably run by a middle aged couple he was suddenly brought up short by the hotel owner Jen, one of the most beautiful women he’d ever seen. But there was more, much more, the Romantic erotica is overpowering – it was like there was an instant connection, certainly physically but also mentally as well – it was weird, he just couldn’t explain it.

Suddenly the attraction becomes electric between them, when the storm knocks out the power resulting in their first night of unbridled passion & lust taken lying in front of the fire. It’s as if they a both joined by an invisible thread, and so the sexual mind games begin every time they make love, the feelings get stronger almost like they are reading each other’s minds.

Jen finally confesses to her mind reading abilities with Kyle soon discovering he processes them too, together they both grow and enhance their skills.He decides to quit his job and stay with Jen helping to run the hotel, he’s sure he’s in love and certainly cannot leave her.