You are here: Products Deceived By The Hitman: A Bad Boy Hitman Romance by Roxy Sinclaire 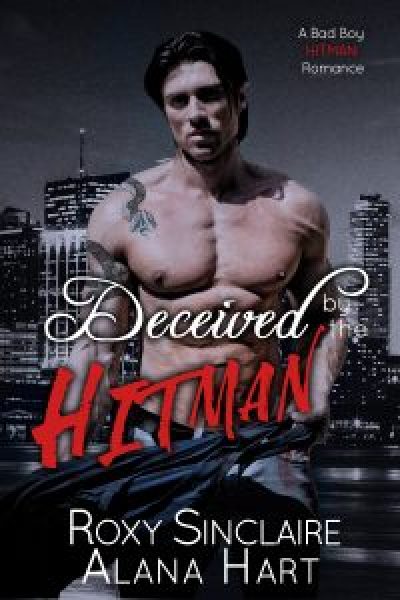 Deceived By The Hitman: A Bad Boy Hitman Romance by Roxy Sinclaire

He goes after what he wants. And he wants her.

The only problem: his next hit is her best friend.

Hitman-for-hire Mitch agreed to one last job. This one would allow him to retire from the game for the rest of his life to a more quiet and secluded life. He bumps into Rose, a curvy, young woman, whose free spirit calls to him. He can’t answer her call though, as he’s aimed at his target. Giving in to her siren’s song will end his dreams and maybe even his life.

He’s everything she ever wanted.

But he’s also a killer.

College student Rose is looking to blow off some steam before exams, and her best friend knows just what she needs: a man. Rose thinks Mitch, the hot, over-the-top alpha, is perfect. Almost too perfect. She doesn’t realize that his secrets could get them both killed.

Does he pick the target or the girl? Will Rose ever trust Mitch? Does she have a choice?

This is a standalone novel, with NO cheating, and a HEA!

Roxy Sinclaire writes steamy, suspenseful romantic stories as the main genre, and this includes a variety of different topics. Some of these include dark romances, action packed romances, mafia romances, and many more. She currently works in customer relations in New York City, but is trying to fulfill her passion in writing and eventually have her dream job become a reality.

I like the idea of the reformed bad boy. How bad is too bad for redemption?

As Rose entered Mitch’s house, she noticed that there was something strange and weird going on inside. The blinds were all pulled down with dark gray curtains covering them. The rooms were not that well-lit, either. It wasn’t anything she could really pinpoint, but just an overall feeling. Otherwise, it looked like any other house of a normal, social guy. It was a small house, of only one floor, with a bedroom, living room, dining area, bathroom, and an extra room. She saw a pair of jeans with a white button-down shirt and tie off to the side by the wall. His gym equipment, mainly consisting of two kettle bells and a dumbbell rack, was scattered over the floor. Everything else in the house looked very clean and organized, with almost no dust anywhere, and the kitchen looked spotless as well.
“Your place is unexpectedly clean,” Rose said, looking around. The house was mostly painted in a monochromatic gray shade.
“Liar! I know the place looks like a mess. But you don’t have to worry, sometimes it’s great to have some fun in the mess,” Mitch said as he held Rose’s back and played with a strand of her hair. As Rose felt his unexpected touch, a shiver ran down her spine. It traveled to each and every cell of her body. It had been almost a year since she’d found herself with a man, and the company was such a delight that she couldn’t disapprove of anything that Mitch had to offer.
Mitch kissed Rose’s neck and covered her in his embrace. He held her closely in his arms and it seemed he had no intention of letting her go. He kept kissing her neck; it made her moan a little. He walked her over to his bedroom while he continued kissing her. She had no doubt that the foreplay had started, and with the intensity of the connection, she was sure to experience one of the most intimate moments of her life. Mitch unfastened her blouse, button by button. As he was about to throw her blouse onto the floor, Rose stopped him and turned her head to face Mitch.
He stopped and looked her in the eye, studying her expression. Rose was taken by his concentration and could tell Mitch was not like the other guys.
“I’ve had issues in the past, Mitch. I find it hard to be naked in front of anyone, and I’m not talking about removing my clothes and being physically naked. I want to be completely naked in front of someone—naked with not just my body, but with my heart and soul.” Rose couldn’t believe what just came out of her mouth. She was sharing her deepest secret and talking about her insecurities to a near stranger. But it had just felt right. Everything felt right when she was around Mitch; his presence had a kind of comforting effect on her.
“Don’t worry, your deepest and darkest secrets will be safe with me.” He meant each and every word that he said. “We are all broken in different ways. I am a shattered being in more ways than you can imagine. But that’s the point of sharing your body and soul with someone else: two halves coming together to make a complete picture. No matter how broken you are, Rose, I will make you whole.”
For a moment, even silence could speak as they measured the distance between their breaths. Mitch held Rose’s face with his hands and looked her in the eye as if the Creator were looking at the moon and admiring all its beauty. He kissed her passionately and tasted how delicious she was as their tongues danced together in each others mouths. They both felt the romantic warmth as their tongues almost melted in each others presence.
Mitch had never felt such a strong sense of passion while kissing any other girls in the past, and he couldn’t neglect the fact that Rose was an exception. They were together not because of lust, but because of the passion they shared, a newly found sense of affection for each other.
It had been a very long time since Rose felt like a woman and had been treated like a princess. She certainly welcomed the unexpected change in her life while she kissed Mitch. He tasted like peppermint.
Mitch finally unbuttoned the last clasp and threw Rose’s blouse over the bed. Rose couldn’t control her wild side anymore and decided to get rid of Mitch’s shirt which was hiding his untamed side. She tore his shirt apart by breaking the buttons off, and smiled as they fell to the ground. The situation was all set and it felt as if the inside of Mitch’s place was a person, eager to witness the union of the two beings.
Rose couldn’t stop admiring how absolutely flawless Mitch looked. He was nothing but a Greek god, a living and breathing dream, a piece of heaven who came from above to fulfill her wishes. She touched his deeply chiseled abs to make sure that she wasn’t asleep. He was right there, standing in front of her in all his perfection.

Be the first to review “Deceived By The Hitman: A Bad Boy Hitman Romance by Roxy Sinclaire” Cancel reply