You are here: Products Debug:Heroes by Ronel van Tonder 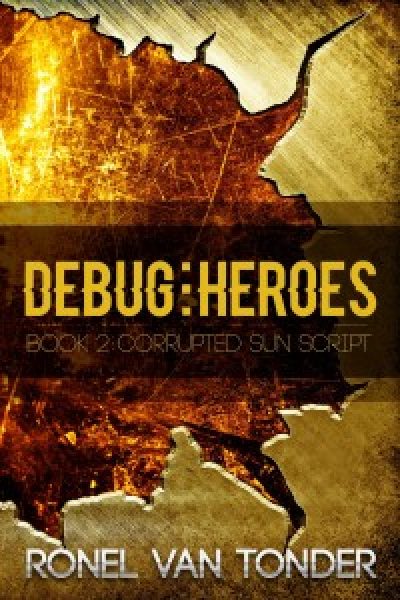 The domes are growing restless. Denizens are asking uncomfortable questions about the people living outside. SUN’s hypnotic distractions have worked well so far, but they won’t hold up for much longer. And while the Bennu Project approaches its final stage, the council are gearing up for war.

Ronel van Tonder is a science fiction author from South Africa. Having recently completed her dark, dystopian sci-fi trilogy, The Corrupted SUN Script, she’s hard at work penning a new standalone sci-fi novel, The Seventh Glitch. When she’s not writing, Ronel spends her free time slaying rendered baddies in the form of robots, gangsters and aliens – with any weapon that happens to be at hand.

This book was based on the vision of Jacques Fresco, a social engineer who believes the world can operate on a resource-based economy. The characters quickly developed lives of their own, and their agendas and love interests tangle around a twisting plot that will leave readers guessing right up till the end.

Be the first to review “Debug:Heroes by Ronel van Tonder” Cancel reply