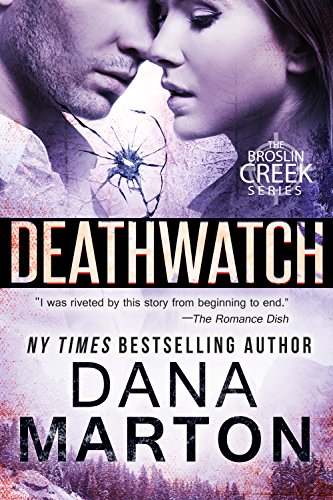 After a rough deployment in Afghanistan, Murphy Dolan arrives home in the middle of the night, wanting nothing but his bed. Except, a beautiful stranger is sleeping in it.

Running for her life and hiding her identity, Kate Bridges claims a rental mix-up and refuses to move out. She’s the only person who can identify the most notorious hit man in the country, and she has no money left to keep running. But how long can she hide the truth from Murphy? And can she trust him when trouble finally catches up with her?

After studying business, Dana began her career in the corporate world, but snapped out of that silliness real fast and went back to college to learn about writing at Seton Hill University and then at Harvard University. She finds that life is much more rewarding when you’re following your passion and doing what you were meant to do. If you have a dream, go for it and don’t look back!

He dropped his bag, fished out his keys and unlocked the door. The house wasn't exactly home yet, but it would be once the renovations were finished. Right now, except for the main living areas downstairs, most of the place was still a construction zone.

No big deal. He was grateful that he'd lived to see the place again. Too many of his friends weren't coming back. He swung his bag inside, untied his boots and kicked them off as he went, shedding clothes on the floor. He didn't even turn on the lights. Plenty of moonlight came in the windows, and he knew the place.

All he wanted right now was to stretch out his weary bones and sleep on his own sheets. The bedroom was fixed up. Thank God for that.

The guest bedrooms and guest bath upstairs and the staircase that led to them needed plenty of work still, as did the basement and the outside of the house, starting with the roof. He'd tackle that in the spring. He shut that line of thought down. He didn't have the energy to so much as think about work.

Down to nothing but his ACU pants, he dragged his tired, aching frame into his bedroom, then pulled up short at the sight of a nearly naked woman in his bed.

Her long legs tangled in the sheets, her mess of reddish-brown hair half across her face. Her white nightgown, nothing but a scrap of fabric, looked shrink-wrapped around her torso and hips. He caught her scent, a faint trace of old-fashioned roses, sexy and somehow homey at the same time.

He stared, suddenly wide awake and then some. Even the pain in his shoulder stopped pulsing.

As a welcome home present, he approved one-hundred percent.

Except for the screaming.

Be the first to review “Deathwatch by Dana Marton” Cancel reply