You are here: Products Dead Cell by Chris Johnson 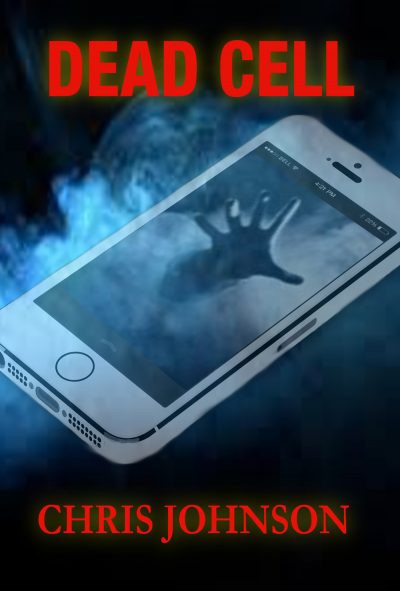 “A psychic thriller that kept me engaged the whole way through.” – Goodreads Reviewer

People are dying across Statton city in unexplainable road accidents. Some are bizarre enough to make investigators wonder, how did they die? The list grows daily with the only connection being tattooed numbers on the victims that increase with each horrifying death.

When psychic PI Craig Ramsey’s adopted daughter becomes the next casualty, he takes the case. His efforts soon conflict with police detective Brianna Cogan, a sceptic who thinks Ramsey’s psychic abilities are fake. Ramsey believes supernatural forces are at work behind the deaths; Cogan thinks it’s something tangible and won’t cop a phony clairvoyant stepping on her toes.

Events soon draw them into a web of intrigue, supernatural assassins, and a secret government conspiracy that’s deeper and darker than they realise.

Each day that the killer roams free, the closer the city hurtles to greater chaos.

“This is the first ‘supernatural’ thriller I’ve read and really enjoyed. The novel had several intriguing plots, was fast-paced, and Johnson’s exquisite description of action-packed scenes had me re-reading excerpts.” – Goodreads Reviewer

If you like supernatural thrillers with a touch of dry humour, cinematic action and toughness, you won’t be able to put down the instantly addictive Craig Ramsey series.

Chris Johnson's stories blend science fiction, light urban fantasy, and a dash of quirky humour. He loves to include wise-cracking heroes (and heroines) who are stuck in strange situations from which they have to escape.

That can happen after surviving the 1980s on a diet of Atari computers, comics, and lots of cool music in a small town.

Chris graduated with a Bachelors degree in Computer Science from CQU and a smattering of public relations and communication. He also has numerous hobbies and interests that include running, kungfu, and ripping the wings off butterflies before re-attaching them with glue.

In his varied career, Chris has hustled at Three-Card Monte, read celebrities palms, publicly predicted the 1992 Los Angeles Riots a week beforehand, and hunted ghosts. But his most unusual gig is performing as a professional mentalist and psychic entertainer on stage, television, radio, and at private events. He's performed shows for the public, at corporate functions, and private parties — and still does today.

Chris is also collaborating on a romance novel with the love of his life for future release.

I've always loved writing ever since I was old enough to string words together on paper.

A case of frustration with ignorant and selfish drivers on the motorway inspired me to write this supernatural thriller.