You are here: Products Date Night by R.C. Matthews 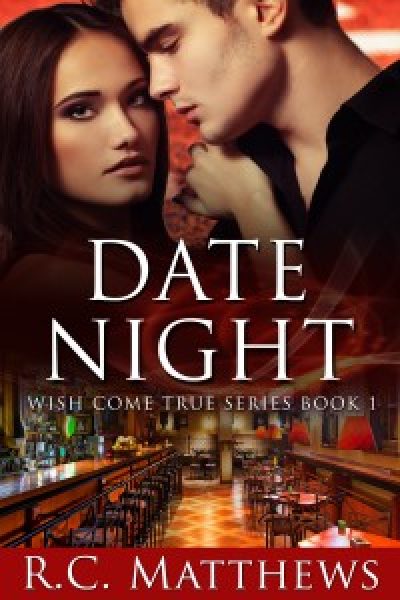 Ever since Jordan Billette’s father, Jeremy, died unexpectedly when she was eight years old, Jordan and her paternal grandmother (‘Grannie’) have shared a special bond by creating a tribute to Jeremy: a scrapbook that documents the important milestone of Jordan’s life from her first report card with letter grades, to her first kiss, to graduating from college.

Upon graduating from college, only one significant milestone remains; her wedding day. When Grannie is diagnosed with aggressive cancer, she makes one dying wish to Jordan. Grannie wants to watch Jordan walk down the aisle. Not engaged? Not even dating? No problem. Grannie has a plan. She signs Jordan up for a dating service—dinner dates twice per week will surely turn up a soul mate!

JT Murphy has been best friends with Jordan’s older brother Jared since they were in diapers. Grannie wisely insists Jordan meet her dates at the restaurant where JT waits tables because she needs protection from unworthy jerks. JT is more than happy to help; Jordan is like a sister to him. So why does her smile light up his evening whenever he sees her and why is he noticing that she has curves in all the right places? As the wedding draws near…JT wonders if it’s his heart that needs protecting…from the pain of potentially losing Jordan forever.

R.C. Matthews graduated from a liberal arts college with a B.A. in Accounting and German and continues to work as a certified public accountant. She lived for four years in Germany and two years in Boston, MA. and she enjoys traveling with her family (loving husband, two sons and a stepson), reading, down-hill skiing and playing board games with her family.

After many years of on-line dating and hilarious dates, I wanted to share my experiences in a romantic comedy.

Be the first to review “Date Night by R.C. Matthews” Cancel reply