You are here: Products Danni by Terri Peterson 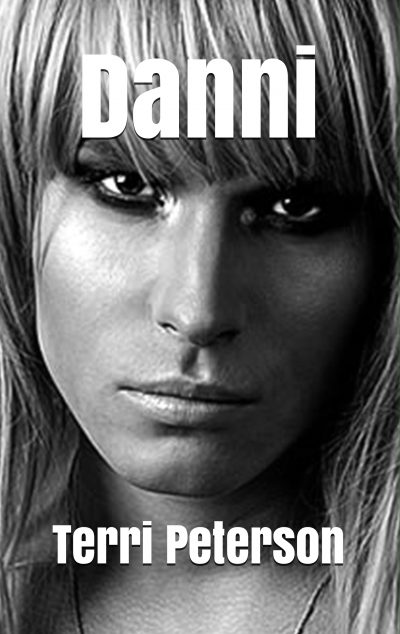 Danny Beaumont is a pale, skinny eighteen-year-old, on the cusp of adulthood, unsure of his sexuality. His girlfriend Chloe suspects he may be gay, and enlists the help of her cousin, Tom, to uncover the truth.Tom is a tall, dark and handsome gay man who, at a party, solves the mystery for Dan, once and for all, opening up a whole new world for him.
The trouble is that Tom is not what he seems, and Danny soon has far more than he bargained for. He learns about daddies and sons, domination and submission, and the pleasures, and perils, of cross-dressing.
He becomes a Daddy’s girl.
He becomes Danni.

‘Terri’ Peterson, was born August 19th, 1969, and spent what she referred to as ‘a miserably failed experiment in tyranny’ at a typical secondary school, where she was bullied relentlessly and made fun of.
She left with no regrets, a handful of qualifications for a career in banking, and bitter memories of time spent being the object of ridicule by her peers.
Being myopic, gauche, skinny and flat-chested, sporting a head of rich auburn hair, made her a daily target for abuse, which she escaped by becoming immersed in the fantasy world of writing short stories.
In 1987, she met and married, Simon Peterson and, in 1989 gave birth to her first daughter, Veronica. Erin, her second, followed in 1991, forcing her to put her career on hold and concentrate on being a full time mother.
Juggling a workload around earning money to keep a roof over their heads, she put together the semi-autobiographical story of a woman whose life mimicked that of her own.
The character Suzy Pym was born and a first novel, ‘Plaything’ written.

I found that a lot of people in the Trans community were complaining that they were under-represented in fiction, and so I researched cross-dressing and feminisation, interviewed quite a lot of trans people, and "Danni" was written as a result. Oh, and it's free to download on Friday December 13th 2019 – Enjoy.

Be the first to review “Danni by Terri Peterson” Cancel reply