You are here: Products Dangerous: Made & broken by Nora Ash 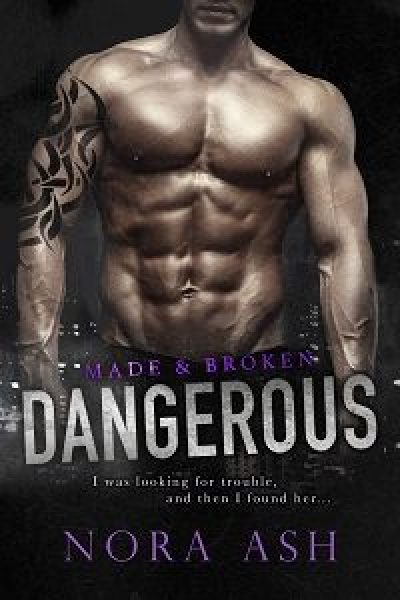 Dangerous: Made & broken by Nora Ash

But in my line of work, you do what the Family tells you, or you’re dead.

I thought an arranged marriage to some bird I didn’t know would be bad enough. Then she walked down the aisle. The only one who knows my secret—the one person who’s ever seen my weakness.

The only woman who wants nothing to do with me.

I should hate her, but when I look at her, I know she was meant to be mine.

And one way or the other, I will make her surrender.

When I ran away eight years ago, I thought I’d escaped the underworld I’d always known.

I made a life for myself. I thought I was free. Then my past came knocking at my door.

Now I’m marrying the son of London’s biggest crime family. A man who hates me as much as I hate him. He’s ruthless, brutal, and dangerous—everything I’ve always feared.

How else could I have ended up pregnant with his baby?

**Dangerous is a full-length romance novel with a guaranteed HEA, no cheating, and no cliffhanger!**

When not typing away at a kinky story, Nora paints, eats chocolate or “researches” with the man who’s claimed her as his mate.

Be the first to review “Dangerous: Made & broken by Nora Ash” Cancel reply