You are here: Products Dangerous Gentlemen by Beverley Oakley 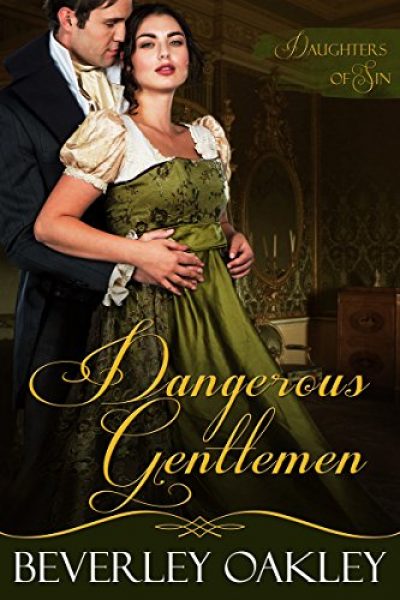 Shy, plain Hetty was the wallflower beneath his notice…until a terrible mistake has one dangerous, delicious rake believing she's the “fair Cyprian” ordered for his pleasure.

She lives near Melbourne opposite a picturesque nineteenth century insane asylum with the handsome Norwegian bush pilot she met in Botswana, two beautiful daughters and a rambunctious Rhodesian Ridgeback the size of a pony.

“Dangerous Gentlemen” is part of my series about sibling rivalry in the ballrooms of Regency London. When Lord Partington’s nobly born daughters cross paths with their illegitimate half sisters and are drawn into London’s Underworld, the distinction between virtue and vice becomes blurred as society judges the girls on their birthright rather than on their characters and actions.