You are here: Products Damaged by Amelia Rose 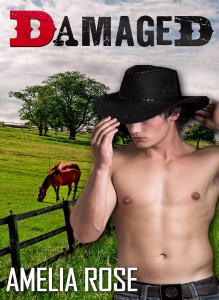 This is a Contemporary Cowboy Romance and it is book 2 in the Rancher Romance series.

Darrell McKenna is used to being an independent man. With a steady rodeo career and a job on his family ranch, he has everything he wants. When it all changes in the blink of an eye, can he see past his disappointment to something better over the horizon?

Be the first to review “Damaged by Amelia Rose” Cancel reply