You are here: Products Curves for the Lone Alpha by Molly Prince 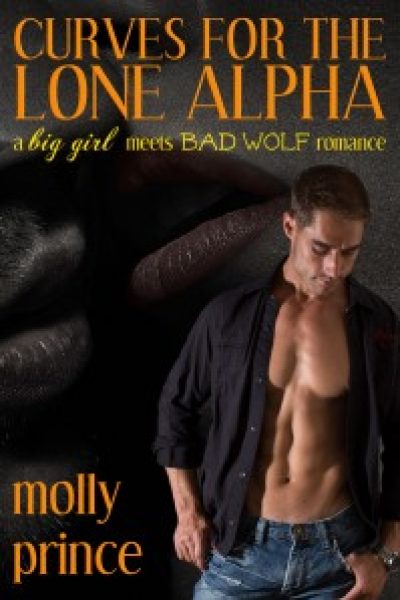 Curves for the Lone Alpha by Molly Prince

When Carrie is dumped by her fiance on the eve of a naughty weekend away she makes an impulsive decision to go by herself. At least she’ll be able to drown her sorrows with champagne alone in a hot tub instead of alone in her dismal apartment.

It is a decision that puts her on a collision course with James. A packless alpha, working for the government to track down and eliminate rogue shifters. Other wolves consider James an outcast and a traitor to his own kind, but he has a hidden agenda. A mission to find out who wiped out his entire pack… and why.

When these two lost souls find each other neither can explain how they feel so drawn to one another. Carrie, still recovering from her recent rejection, can’t believe this untamed and sexy stranger could possibly be interested in her. And James is at a loss to explain how this cute and curvy human can possibly enter his dreams… and why it feels like they were fated to be together.

When Molly Prince isn’t writing about big girls, bad boys and the trouble they can get into she’s looking after her young son, husband and dog… and wondering why the men in her life need so much looking after!

I love Movies and TV-Shows about damaged, loner action heroes and those who get caught up in their world. I wanted to try and apply this to the paranormal romance/shifter genre. A big part of it was my desire to have a hero who was an “Alpha” but not an obnoxious, creep.

The fresh bruises where Joseph had kicked him were already fading, but there were other marks. Older scars that spoke of a life far removed from the safety and comfort I was used to. The most dramatic of these, a webbing of gnarled scar tissue that covered most of his right shoulder blade. He had been burned, badly. He had mentioned fire. Something to do with California and helicopters. Was that where he had been burned?
I tentatively placed the palm of one hand against the mark. My splayed fingers didn’t even cover it. He didn’t respond. He didn’t even move.
I wanted to know more about him. I wanted to know what he was and where he came from. But that could wait. Right now I just wanted him to survive whatever it was he had planned. I wanted him to survive and return to me. I needed to give him a reason to come back. Perhaps even a reason to live.
“You don’t have to be alone.”
He grunted but didn’t reply.
“You don’t have to be alone right now.”
I placed my other hand on his other shoulder. The water, hot enough to make me gasp, ran in streams from his body to mine. I slid my hands downwards, slowly, feeling the shifting knots of muscle beneath the skin. As I reached the small of his back he sighed and I felt some of the tension leave him.
I returned to his shoulders and pressed a little firmer as I made my way down his broad canvas of his back, this time coming to rest at the top of his ass. I had a moment of self doubt. He was, for all his scars and smirks, an attractive man. He was so far out of my league it wasn’t funny. The rational part of me was already building walls in preparation for the inevitable rejection. And yet I still clung to the idea that there was something, some kind of connection between us, that went above and beyond the physical.