You are here: Products Cursed Awakening by Nikki Noffsinger 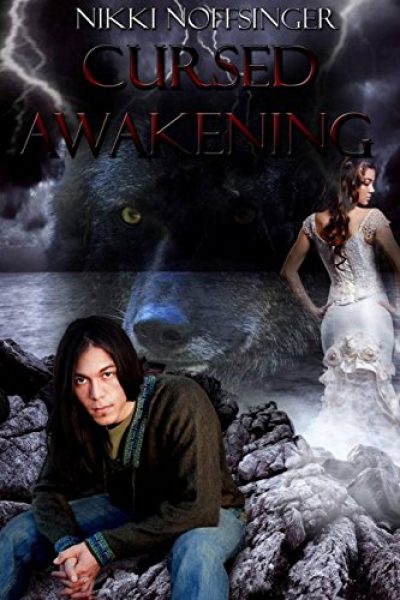 Ivy Morgan has re-invented herself and is looking forward to the future for the first time, in a very long time. Since fleeing for her life from an overzealous religious cult, she is able to be a modern woman that is gaining her independence; so taking up with a sexy stranger named Nyx is the last thing she needs. Or, is it?

Nyx Wahpeton can’t stop thinking about the young woman he’s met. It couldn’t have come at the worse possible time with the clans meeting and his family wrapped up in a centuries old war that’s nothing short of what horror movies are made from. He’s been a protector of his people and those that reside at the Reservation. There’s betrayal and evil at his front door; but, in his heart he knows Ivy is the one for him. She’s surrounded by secrets that he’s vowed to unlock, as well as her heart. However, can he keep her safe from his own secrets?

My name is Nikki Noffsinger and I am the author of Cursed Awakening published by XoXo Publishing with cover art by Kayden Mcleod. I write all sorts of stories but my favorites are all inspired by my love of fantasy and the paranormal. I started at a tender age loving both books and horror movies and writing paranormal romance gives me a vehicle. I am proud to also be part of the XoXo Publishing team.

I knew I wanted to write a book with Shifters but I really couldn’t seem to make an idea stick that was fresh and all my own. One day I was watching the Oprah Show-now I usually did not watch but since I have always been a big lover of Native American charities and history, I tuned in. She was showcasing on her show about the plight that many Native Americans and their Reservations are having and the conditions were a shock to say the least. I never really knew that so many reservations were fraught with such extreme poverty. Anyhow, I made up my mind that if I did a shifter book it was going to be based on Native American culture-or atleast as much as I could. Then later in the week there was a special on 60 Minutes about the LDS church and that mess. Within a half hour Nyx Wahpeton was born and so was Ivy Morgan. I wrote like a person possessed for the next few months.