You are here: Products Crux by Nicole, on behalf of Moira Rogers 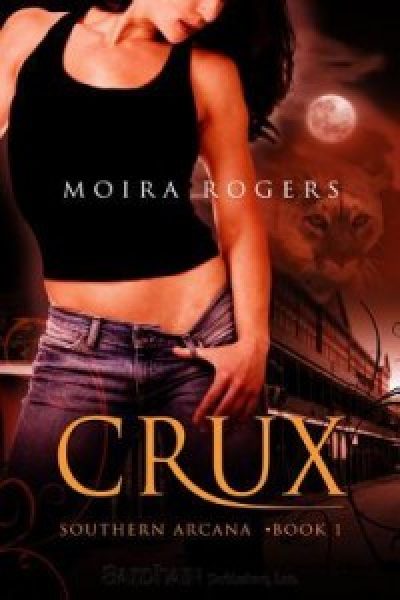 Crux by Nicole, on behalf of Moira Rogers

Jackson Holt makes a decent living as a private investigator in New Orleans, home of one of the largest underground supernatural populations in the United States. He and his partners have never met a case they couldn’t crack…until a local bar owner asks him to do a little digging on her newest hire.

New Orleans is the fourth destination in as many months for Mackenzie Brooks, a woman on the run from a deranged stalker. After all, any man who shows up on her doorstep claiming to be her destined lover has more than a few screws loose. But crazy doesn’t explain why he always finds her no matter how far she runs.

When her well-meaning boss puts a PI on her case, Mackenzie comes face to face with the incredible truth: magic is real, and whatever spell has kept her hidden and separate from the paranormal world is rapidly deteriorating.

With time running out, she has no choice but to trust Jackson as he struggles to uncover the truth of her past-and her destiny.

Warning: This book contains devious schemes, epic battles, forbidden love between a shapeshifter and a spellcaster, nosy secondary characters, furniture-endangering sex and a woman fighting to choose her own destiny

Be the first to review “Crux by Nicole, on behalf of Moira Rogers” Cancel reply