You are here: Products Crashed by M.K. Chester 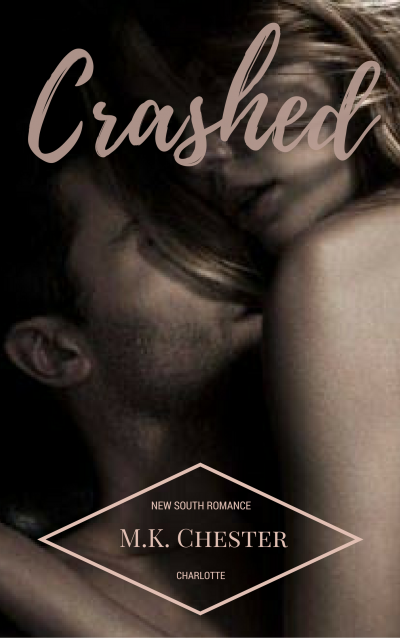 When Ella Leary crashes the birthday party of publishing mogul Levi Northrup, she hopes to learn something sordid to use in her fight against him. She believes he’s stolen the magazine her father started and blames him for her father’s death. She never expects him to chase her down the street or be so vulnerable that she loses her edge and falls into bed with him. Levi is irate when he learns Ella’s true identity and gives her only a single issue of her precious magazine while he unravels his father’s final, very personal, business deal. Long-held secrets will force them to either part ways or work together in and out of the office.

I was intrigued by the idea that a woman could fall in love with someone she was supposed to hate, that she could have the story so wrong that in the end, she had to come to terms with her mistake and accept a man who could legitimately have pushed her aside but chose to help her instead because he had his own demons to wrestle with.

From her post beside the mahogany staircase, Ella noted he held a drink in one hand and a cigar in the other but never truly partook of either one. Sober, friendly, and beyond normal.

The entire upscale scene suffocated her. By the look of things, she’d crashed a gathering for the Board of Directors of Northrup Publishing rather than a party for the heir to their throne. Ella had never seen more bottles of scotch in her life and she didn’t care to discern between domestic and Cuban cigars, even though she very well could.

As panic washed over her, her palms began to sweat, her telltale signal things had gone sideways. She should abort mission. Immediately. Being here would bring nothing but trouble and she already had plenty of that. This man didn’t have loose ends and bad habits, not the kind she’d assumed, anyway.

Yet one last look at Levi Northrup and she gravitated toward him, pulled in by his easy manner and subtle charm. Just like everyone else.

His gaze netted her again and he tilted his head to examine her, like some complex arithmetic problem. She held still under his calculating scrutiny but panicked when he set down his drink, extinguished his burned-down cigar and meandered through the crowd in her general direction.

Ella’s heart thumped as she searched for something to do, someone to strike up a quick conversation with. God, she’d been naïve to assume she’d never be noticed, especially by the prince of the palace.

Of course he knew every face in this enormous crowd. She would, in his place.

Be the first to review “Crashed by M.K. Chester” Cancel reply