You are here: Products Confiscating Charlie by Lucy Leroux 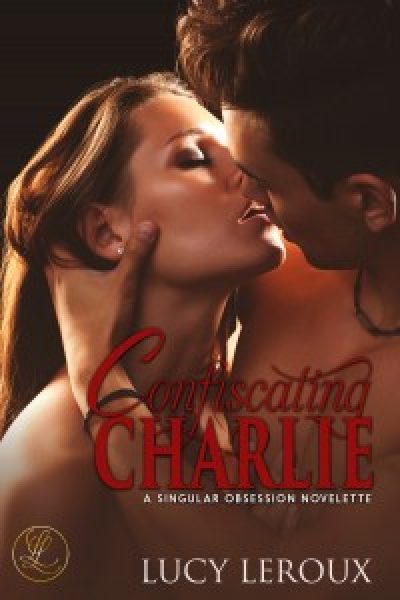 Noah Masters is looking for his future. He never expected it to find it in her.

After crashing and burning his racing career Noah Masters has to figure out what to do with his life. His cousin Alex suggests he find a way to channel his creative energy in a way that doesn’t involve him putting his life in danger.

Then Noah meets his step-mother’s teenage sister Charlie, and he finds he doesn’t have to risk his life to find his future—he just has to risk his heart.

***Confiscating Charlie is a standalone 16,000 word novelette in the Singular Obsession Series. No cliffhangers and no serials. Not suitable for readers under 18.***

Her ‘A Singular Obsession’ series is a combination of romance erotica and suspense that feature intertwining characters in their own stand-alone novels. Three are completed and an additional four books are planned. Follow her on twitter @lucythenovelist or http://www.facebook.com/lucythenovelist or visit www.authorlucyleroux.com.

I wanted to write erotica about characters I actually liked.

Noah lost his mind. One moment it was there, and the next it was gone, trampled in a rush of heat so intense his vision darkened.
Charlie was pressing against him, her tongue trying to match the movements of his own as her hands dug into his shoulders. He could tell she didn’t know what she was doing—she was too hesitant. But it didn’t matter. There was something here, something stronger than he had ever felt.
He inhaled through his nose deeply and moved his hands to cup Charlie’s curvy little rear end to bring her closer. His entire body tightened in pleasure, but it was too intense. He felt like a bowstring about to snap.
When Charlie moaned in pleasure, the little control he had splintered. Grabbing her ass, he lifted her feet clear off the ground, pressing her against the wall next to the bathroom door. Her arms wrapped around his neck, one small hand clutching at his hair. Blindly, he moved against her, his shaft hard and hot as it made contact with her softness. Only a few thin layers of cotton separated them.