You are here: Products Complicate Me by Claire Raye 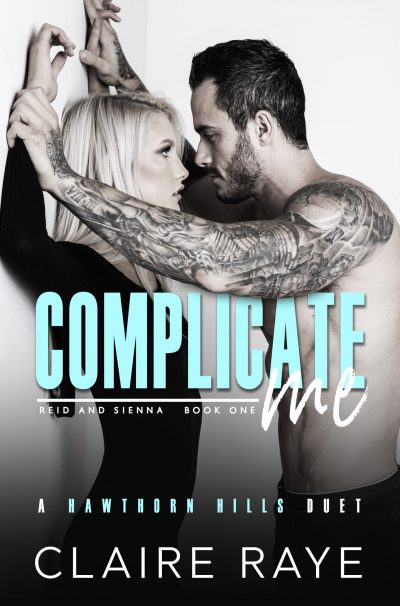 Complicate Me by Claire Raye

Life at its simplest is still complicated.

Reid Bowen is her brother’s best friend and the biggest womanizer on campus. She has no business wanting him.

Sienna Parker is forbidden and the sweetest fruit he can never taste. But if he can’t have her, no one can.

Forced together by a road trip home, it will not only test their patience, but also their resolve to stay away from each other.

Bound by their past, it’s the complicated that changes their lives.

Not only is Claire Raye a really sweet pen name, it’s actually a pen name for two sarcastic best friends who met through their mutual love of reading. After bonding over books (and wine and cheese), they decided to take the plunge and see if they could write a book together and ta dah… The Rockport Beach Series was born! In addition to their shared love of food and dropping an occasional (read, a lot of) f bombs, the writing duo that is Claire Raye like to write about strong, sassy females who aren’t afraid to say what’s on their mind and the overprotective men who fall in love with them.