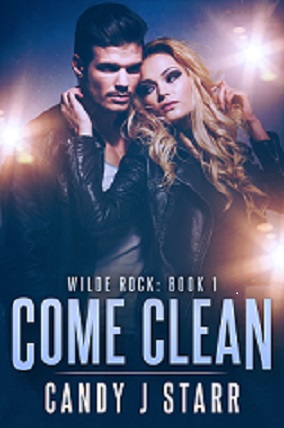 I’m the girl you see on the billboards and in the magazines. The one with the perfect hair and the perfect life. Everyone wants to be me, but no one wants that as much as I do. Off-camera, I’m not so perfect. Off-camera, I’m Fiona the Fuck-Up.
Matty has always been there for me. He’s the one dependable thing in my screwed up life. If I could, I’d grab him with both hands but I’m not selfish enough to drag him into the mess that is my life.

Candy J. Starr used to be a band manager until she realised that the band she managed was so lacking in charisma that they actually sucked the charisma out of any room they played. “Screw you,” she said, leaving them to wallow in obscurity – totally forgetting that they owed her big bucks for video equipment hire.

Candy has filmed and interviewed some big names in the rock business, and a lot of small ones. She’s seen the dirty little secrets that go on in the back rooms of band venues. She’s seen the ugly side of rock and the very pretty one.

But, of course, everything she writes is fiction.

I fell in love with Fiona when we were both fourteen years old but she only had eyes for my friend, and fellow popstar, Ash Savage. My feelings for her haven’t changed over the last ten years. She’s the only woman for me even if I’m just in the background of her life.
Now Fiona’s life has spiraled out of control and she’s in rehab. She needs a friend more than ever so I’ll be there for as long as she needs me.
I think I can keep things on a friends-only level but, when we’re forced to live together, that becomes harder and harder for both of us.