You are here: Products Come Be My Love by Patricia Watters 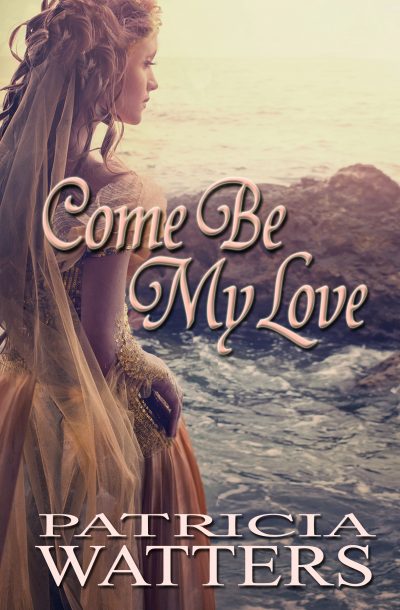 Come Be My Love by Patricia Watters

Every man in her life rejected her. The only woman he ever loved betrayed him. Can these two put their pasts behind and find love? Not if Governor Jon Cromwell has his way. When Sarah Ashley arrives in Victoria, B.C. to open a mercantile for the manufacture of bloomer costumes she turns his colony topsy turvy and Jon can’t decide whether to seduce the stunning suffragette into sweet submission or send her away to preserve his colony. But Sarah didn’t liquidate her savings and sail all the way to Victoria to have her dreams dashed. She will establish her business despite Jon’s unfairly imposed obstacles… and a longing heart that tempts her to surrender her principles for one night of passion with the insufferably-handsome rogue.

Patricia Watters writes contemporary cowboy romances that feature courageous, self-assured heroes with endearing flaws, and the gutsy women who capture their hearts, women, these unsuspecting males would lay down their lives for. An author with Harlequin and Avon-Harper Collins in the past, Patricia has published twenty-two romance novels, which include her 13-book DANCING MOON RANCH series, a contemporary western series that spans thirty years and two generations. She invites you to visit her website at http://www.patriciawatters.com/ and drop her a line. She response to all notes

The inspiration for this book stemmed out of my many visits to Victoria, British Columbia with my husband, and what the town must have been like in the mid-1800s when it was a bustling stopover city for miners on the way to the gold fields.

Her mother's lips stilled, and Sarah Ashley knew she was dead. She stared at her lifeless face, eyes blank in their sunken sockets, and thought, Why did you leave me now with this terrible burden? The weeks leading up to this moment had been filled with hours of sitting by the bedside and watching the life slowly draining away as her mother slept off the effects of the laudanum, but then, in a moment that had taken Sarah by surprise, her mother opened her eyes, and with a clarity that took Sarah by surprise, her mother said in a voice that held purpose, "There's something I must tell you."
"Save your strength, Mother. We can talk later," Sarah said.
Her mother rolled her head back and forth on the pillow. "No, it must be now." She pinched her lips together, as if reconsidering, then she drew in a long rattling breath, and said, "Your father is not your father. Your real father was a captain in the British navy—a man with fiery red hair and restless green eyes." There was no trace of emotion in her voice, only the harsh reality of cold facts that needed to be said. "I fancied myself in love, but by the time your stepfather came along I realized my captain wasn't coming back, so I accepted your stepfather's proposal. But just before we were to marry, your father sailed into port. It was a brief affair—I had to know how I truly felt—and your stepfather found out."
Sarah placed her hand on her mother's arm to stop the words she didn't want to hear, but her mother ignored the gesture, sucked in a breath that wheezed in her chest, and said, "Your stepfather took me back because he needed someone to look after Hollis and Lester. Soon afterwards I realized I was with child, but I didn't know which man was your father. When you were born, your green eyes and coppery hair… there was no question."
"Rest, Mother. Talking is sapping your strength," Sarah said.
Ignoring Sarah's request, her mother said, "I'm telling you this because you need to know why your stepfather always resented you. You were a constant reminder of my betrayal. It was never your fault. It was mine."
Sarah's throat tightened and a deep dull ache settled in her chest. All her life she'd reached out to a man she could never touch, for a love that was never returned, and while Hollis and Lester were gambling away the proceeds from their father's clothing manufactory, she'd worked long hours with him, but the harder she tried, the more he resented her presence.
"Your stepfather and I lived as man and wife, but we never married because he didn't want my bastard child to be his heir, but knowing you'd never inherit from him, I saved money over the years. It's in an account at Wells Fargo in my name and you are sole beneficiary." Her mother's face became pensive, as if a great burden had been lifted from her soul. But then her eyes sharpened, and she said, with the last vestiges of her strength, "Hollis and Lester must never know, or they'll find a way to take it from you…"
The words trailed off, and then she was still.
Sarah gazed down at her mother. Such a heavy burden she'd held over the years, but now, at last she was free. Reaching out, she gently placed her hand over her mother's eyes and dragged her eyelids shut, then kissed her immobile cheek. But when she turned to go, she saw Hollis standing in the doorway, and from the look on his face, she knew he'd heard.
CHAPTER 1