You are here: Products Christmas in the Duke’s Embrace by Amanda Mariel 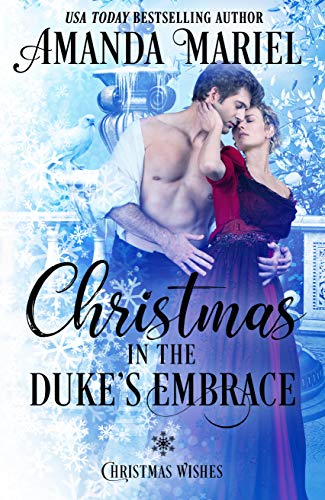 Christmas in the Duke’s Embrace by Amanda Mariel

Disgraced and betrayed by those she trusted most, Lady Marina Ellis finds herself near death and in desperate need of rescue.

Evan Lockhart, never expected to find a woman buried in a snowbank outside of his ducal manor, but now that he has he cannot turn her away.

As Christmas approaches the pair form a bond neither expected, but can they overcome the obstacles standing between them and embrace their chance at love?

USA Today Bestselling author Amanda Mariel dreams of days gone by when life moved at a slower pace. She enjoys taking pen to paper and exploring historical time periods through her imagination and the written word. When she is not writing she can be found reading, crocheting, traveling, practicing her photography skills, or spending time with her family.