You are here: Products Cherry Bomb by Madelynne Ellis 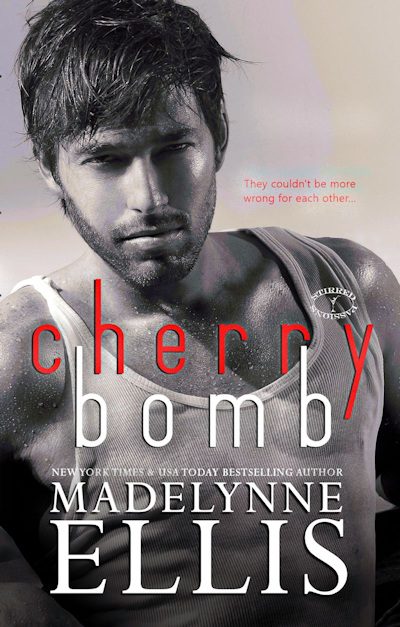 He’s the destroyer of reputations. I have a reputation that requires destroying. What could possibly go wrong?

Flicka Caine
Chinchilla Studios has owned me since I was seven years old. At nineteen I want out. That means ensuring the Caine Chronicles isn’t renewed for another season.

Cue Operation Bad Girl – and being seen with quintessential British bad boy, and destroyer of reputations far purer than mine, Dare Wilde.

Dare Wilde
Flicka Caine lands in my lap like a cherry bomb, fuse already lit. She might taste like spun sugar but there’s nothing sweet about the ache she causes.

Too bad that she typecasts me like all the rest. So I turn her cute arse down.

That should be the end of it; turns out, it’s only the beginning.

Cherry Bomb is the first full length standalone coming-of-age romance in the Stirred Passions series about the Sunsetters, a group of bisexual A-list actors and the women and men who love them.

Madelynne Ellis lives in the UK not far from the Welsh border with her partner, family, & assorted pets. She is currently sipping rapidly cooling decaf coffee, listening to loud music, & indulging her obsession for tattooed bad boys.