You are here: Products Chasing the Wild Sparks by Ren Alexander 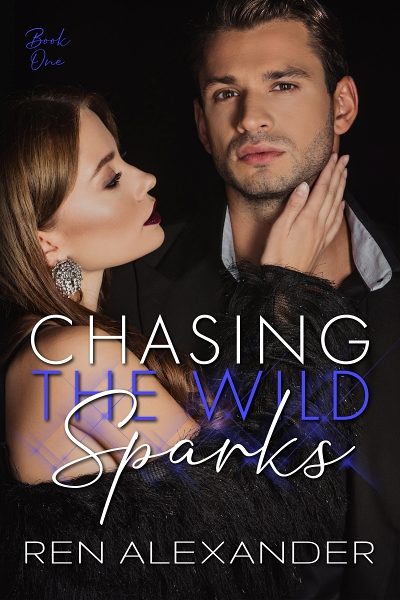 Paralegal Hadley Beckett and her daredevil/sportscaster boyfriend of three years, Finn Wilder, reach a crossroads in their relationship. With her being traditional and wanting to marry before moving in together, she must contend with her daredevil boyfriend’s fear of marriage. Flipping the script, she dares him an ultimatum he can’t refuse. Or can he?

Ren Alexander writes steamy contemporary romance, including the Wild Sparks Series, and contributes to K. Bromberg’s Everyday Heroes Series from her desk in Motown—Detroit, Michigan. Yes, part of her state is shaped like a mitten, 8 Mile Road really exists, and Eminem is her neighbor and carpool buddy. Unfortunately, she and Slim Shady don’t ride in the same car. She’s still working on that part.

Writing her romance novels with a big dose of reality, the good and bad, Ren embraces the gritty and raw with a side of funny and crazy. No matter what, there is always an explosion. You never know what you'll get in her mixed bag. That's personal, anyway.

Ren lives in Detroit, Michigan, with her husband, two daughters, and two cats.

My love for reading and writing was always hidden in a box, tucked away for my eyes only. But then the stories would play out in my head and I needed to share them with someone. My characters are based on real people and similar situations. I know people read romance to escape, but when I read, I love putting my place in someone else's reality, good or bad.