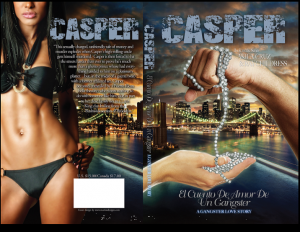 This sexually charged, unfriendly tale of money and murder explodes when Casper’s high-rolling uncle gets himself murdered. Casper is then forced to hit the streets harder than ever to prove he’s much more than a ghetto prince whose had everything handed to him on a platinum platter… but, in the midst of a Guerra (war) with a former affiliated set, Casper becomes enthralled by a Puerto Rican bella (beauty) who wants nothing to do with someone like him; due in part to her close family ties to a Latin King clan hailing from the Bushwick section of Brooklyn