You are here: Products Carol: a novel by Lori Cook 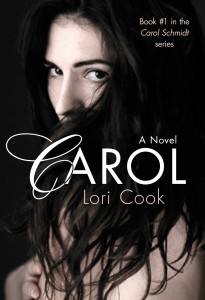 Carol: a novel by Lori Cook

Carol Schmidt is a seductress. Working for the mysterious Cardinal, she uses her special skills to bring people to justice, a kind of A-team of the bedroom.

Having discovered, ten years later, that Jason’s life and career was destroyed by an unscrupulous industrialist, she sets out to put things right. It’s an act of pure love, but the resolution is something even Carol could not have anticipated.

Lastly, I love reading. I’ll read absolutely anything, from the classics to modern mysteries and women’s erotica. I own a Kindle Fire and believe that ebooks have liberated writing and writers in ways that we are only just beginning to understand. Look at me: suddenly I’m in my forties writing full-on erotica. That wasn’t part of the life plan, I can assure you…

So, I decided to put all this together in a longer work. Thus did my life as an erotic novelist begin. It was a slightly crazy idea, the kind of thing you say to yourself when you’ve had too much wine, because even at this stage, after penning a couple of shorts, I really knew nothing about erotica. Yet before long I had convinced myself that I had a fairly pressing reason to embark on a full novel. Like I said, at that stage I was not much of a reader of erotica. But I now had the makings of a decent setting, a couple of intriguing characters, and I had the bit between my teeth. Things, as they say, had just gotten serious.

Carol was walking up Broadway, alone. Her hair was now relatively short and blond. It was not the only thing that had been changed in anticipation of this job, either. She was an entirely new person, her disguise complete.
You can tell a lot about someone, she told herself as she looked up Broadway, by their choice of Manhattan hotel. Alex Strange, already a millionaire, was about to join the ranks of the world’s billionaires. Yet he had foregone the predictable opulence of the Waldorf-Astoria and the Ritz-Carlton; so too had he ignored the almost endless array of chic, up-scale places that the city had to offer, any of which would have been a cool, left-of-field statement of his independence of mind, just days before his impending elevation to the financial stratosphere.
His choice of home-base for the biggest event in the financial and commercial life of Strange Tech was the Trump International.
“Pathetic!” she told herself as she arrived at the bottom corner of Central Park, looked up, and saw Trump Tower in all its shiny, overbearing vulgarity.
She’d walked up from Times Square, leaving the Marriot behind, which, although not the city’s most spectacular hotel, held the very best memories for her. It had not only been where she stayed when she had first set foot in the US, but where she had first known the touch of a man.
She walked into the lobby of Trump International, admiring her brand-new hairstyle in the many available mirrors. It was a blond bob and it suited her pretty well, she thought. It was also exactly right for Sandra Wells, the name under which she now checked in.
As she did so, the crushingly powerful air-conditioning reminded her that the life-defining decision she had made ten years ago had been the right one. Since then her existence had been glamorous beyond her wildest dreams, most of it spent in the very best, most thoroughly air-conditioned hotels in the world. There was a streak of self-centeredness in her, and she had never tried to conceal the fact from herself: she loved her life, she loved herself, and she wouldn’t change it for anything. Or anyone. That, at least, is what she thought.
Meanwhile, Jason’s future had not turned out quite so well, his hopes long since withered, his talent exploited and stolen from him. But now, as if to compensate for losing him, and for everything that had happened to the poor guy, a strikingly attractive blond called Sandra Wells was going to take Alex Strange down, quite literally.
She looked around the lobby, still appalled by the place. Alex Strange was about to become richer and more powerful than could easily be imagined, yet this was the kind of statement he was making about his approaching mega-wealth? Trump International! It seemed so uncreative, so undeserving, like he almost wanted someone to burst his bubble…

Be the first to review “Carol: a novel by Lori Cook” Cancel reply