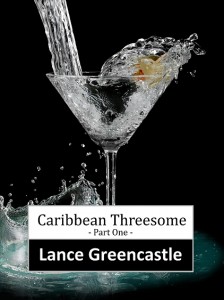 And lots and lots of teasing.

CFNM fun in the Caribbean Sun.

But what starts out as fun can sometimes turn into something more serious. And love triangles can get messy. Will this turn out to be the start of something good?

This is part one of a four part serialization.

Over 18,000 words of hot teasing and CFNM fun when two experiences girls take a rather inexperienced guy “under their wing” and show him a time he will never forget.