You are here: Products Capturing You by Katana Collins 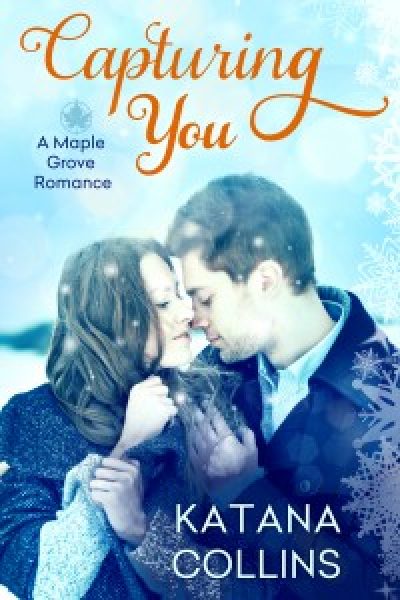 Capturing You by Katana Collins

After discovering she can’t have children, Lydia Ryder has all but convinced herself that she doesn’t need a family to be happy. All she needs is her camera, her passport, and a damn good manicure. And maybe, maybe a sexy male travel companion. But when her job as a magazine photographer lands her in the small town of Maple Grove, NH, a precocious ten year old and her single father barge into Lydia’s life, turning what she thinks she wants onto its head. In this town full of happily ever afters, Lydia finds herself wishing for things she had sworn off long ago…

When Cameron Tripp’s wife passed away from heart disease, he thought he’d never find love again. He certainly never would have expected a woman like Lydia Ryder to waltz into his life and awaken his dormant heart and libido. But despite his better judgment, Cam finds himself drawn to the vivacious and argumentative outsider. He quickly learns that, like him, she knows all about misplaced trust, heartbreak, and how quickly a family can fall apart if you let it.

As impassioned arguments morph into frenzied kisses, the two wonder if one week can ever be enough. Despite lacking a maternal side, can Lydia connect with his ten year old daughter? And when Cameron finally learns the truth behind Lydia’s past career, the trust he worked so hard to build crumbles once again. With such doubts filling their minds, is there any hope that Lydia and Cameron will be able to start a new life together?

If you loved this or any other of her books, consider joining her street team, Kat’s Kittens, on Facebook!

I actually probably can’t have children (much like my heroine, Lydia) and I really wanted to write a story with a woman facing a similar struggle. It’s a tough issue to tackle, though. We see lots of heroes who have sworn off ever settling down and having a family (who then have that cathartic moment later in the story), but I haven’t read many romances that turn that around and have a woman who doesn’t know how to act around children. I loved the idea of playing with that trope and tipping it on its head!