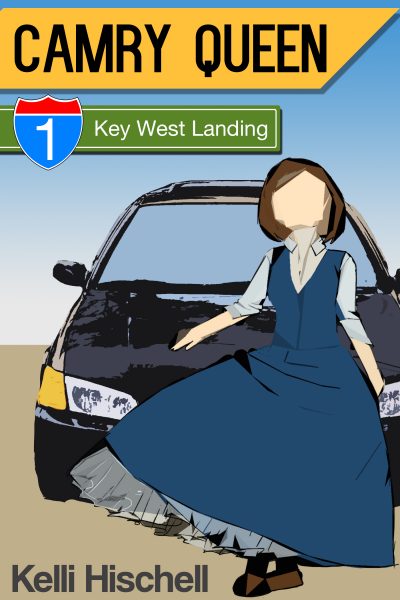 It was the summer of 2007. Nicki was a misunderstood creative stuck at home in rural North Carolina, craving a summer getaway and an intimate relationship. Eager to get out, she teams up with Avin, a fellow art buddy from college and GalaxyPencil community member. Together, the two head out to Key West to stay with Nicki’s aunt for the summer, eager for what’s in store.

But Nicki has plans for Avin. In hopes of winning his affection, she dons an outfit he takes a fancy to, earning the name “Camry Queen” in the process. Can Nicki find the desire and company she’s looking for?

I'm a nerdy girl that grew up in the middle of Raleigh mid-2000s. Love coffee and video games, and a bit of a online veteran from places like deviantART, reddit, 4Chan and such. I currently live in Brooklyn with my husband at a respectable day job.

Basically my experience of life in 2006-2009 while living in North Carolina. The geek community there had just exploded due to the sudden surge of social media, along with a different crowd starting to surface online. My experiences with people in the college art department and various online hangouts is what inspired me to write this book.

It hadn’t been too long since I started driving down the road. Thankfully the Interstate was not too congested; I guess not a lot of people were headed this way today. The road was actually almost deserted. It made my skin crawl, creepy stories off the Internet coming to mind. I had one of my CD’s playing away, Dallas Superstars the choice of tunes for the moment.
I actually was a bit uppity from our escapade earlier. Getting an orgasm was a little bit like a pick me up, spiking me with some happy feelings to get through the night. To top it off, the sense of accomplishment for defeating Avin still rested in the back of my head.
I never was able to do that to Mitch. Ever.
All he’d do was just amble off like nothing would happen. The kid wanked himself so much that it was second nature. You wanted a stud? There was the example of a stud. But nothing more, no emotion or reaction to sex.
As we plodded along, I thought to myself things that I could do to Avin. I felt confident that I could pull something off if given the chance. I was antsy to get to our destination, as I would have a lot more free reign in things that I could do. Sadly I knew that the happy ending would have to wait till we got to our destination, so no use forcing that any sooner.
I glanced at him still asleep. He had been there like that since we drove. I didn’t bother to disturb him, as he would have to be driving later. He could use the rest. Poor thing.
My mind wandered as I started fantasizing to myself. I was so tempted to touch myself but I had to resist the urge. I did indulge in a poke as I squeezed the steering wheel with renewed vigor, determined to keep both of us alive.
What floated to my mind? Being at that rest area previously, imagining it almost abandoned. Avin lustily groping me and smothering me in kisses. My blouse popping open so hard that the buttons hit the concrete and rolled away. My hands not grabbing his body enough. Him actually spearing me with that penis of his, turning me a limp doll in his arms. Both of us kissing each other again in stupor, ready for another go after a rest.
He was my guy. He was my fuck buddy!
I couldn’t wait to get to Key West.
It was then I realized that I was hungry. Darn you stomach.
Hopefully there was something to eat.