You are here: Products Call of the Lost by S.M. Silsbury 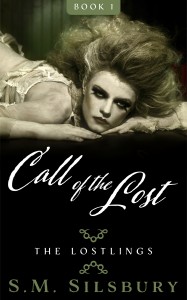 Call of the Lost by S.M. Silsbury

Marella’s felt the call of the lostlings at the dark edges of the city: the lust and the loneliness, but she’s always stayed safe behind the boundary wall.

Now, she’s desperate. The stories say that there are riches in the Spire. Some say gold. Others say jewels. Or it’s a simple wish granted. The only thing that is agreed on is that the only way to find out is to catch a lostling.

Soon, she has to make a choice. Lose her love, or become lost herself.

S.M. Silsbury is a lover of fantasy and glorious books. She loves to write stories that make the heart beat faster.

A love of fairy tales and the wish to see a sensual version.

Be the first to review “Call of the Lost by S.M. Silsbury” Cancel reply