You are here: Products Call of Affliction by Lara S. Chase 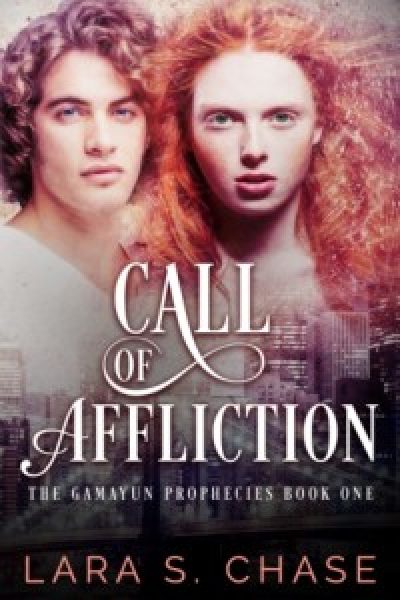 I am no longer in control of my own body.

Without warning and without my consent, my shape shifts and contorts into the half woman, half bird form of the Gamayun. That’s bad enough, but then I’m forced to deliver prophecies to Sirin, the immortal who guards the gates of hell. Messages she doesn’t care to hear, and she’s not afraid to use deadly force to silence me.

I’m starting to see things no one else can see. The last Gamayun died in a psych ward, having lost everyone she ever loved. I refuse to meet that same fate, even if that means lying to my sister and best friend.

The only person I can turn to is Sasha, the mysterious stranger who guarded the previous Gamayun. When I stare into those pale blue eyes, it’s hard to be objective. Can I really trust someone with that much barely suppressed anger and hurt? For every piece of advice he gives, there are ten more secrets he’s not telling me.

But when he kisses me, do I really care?

Call of Affliction is the first book in a six part series. 99 cents until Christmas!

She still gets restless at times, though, so she and her husband swap houses with families in other countries. Lara wrote some of the first lines of her current project hanging precariously out of a third floor apartment window in Italy trying to get a wireless signal. Luckily, writing at home is usually less dangerous. Her greatest threat there is the disgruntled cat who keeps sitting on her keyboard.

I saw a painting by a Russian artist of a Gamayun. That lead me to research the old Russian folktales and religious myths surrounding not only the bird-woman that sent prophetic warnings called the Gamayun, but also tales about the Sirin and the Alkonost. I have always loved fairy tale and myth retellings set in modern day settings. I decided to do the same with the story of the Gamayun, which is probably much less known than say Cinderella. However, the Gamayun folktale doesn’t have any love story. Since I love paranormal romance, though, I wanted to make sure there was someone who could love this shapeshifter prophet with so much weighing on her.

Be the first to review “Call of Affliction by Lara S. Chase” Cancel reply