You are here: Products Cabin Fever by Janet Sanders 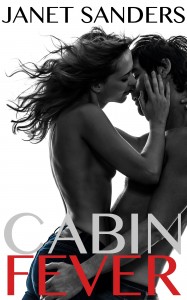 Sarah had her life all planned out. She would build her business, conquer the San Francisco startup scene, and then … well, she’d figure it out when she got there. But then she was cheated out of her business and she retreated to the middle of nowhere, Oregon, to figure out what to do next. Waiting for her there was good coffee, kind locals, and the sexiest man she’d ever seen.