You are here: Products Buck’s Landing by Cameron D. Garriepy 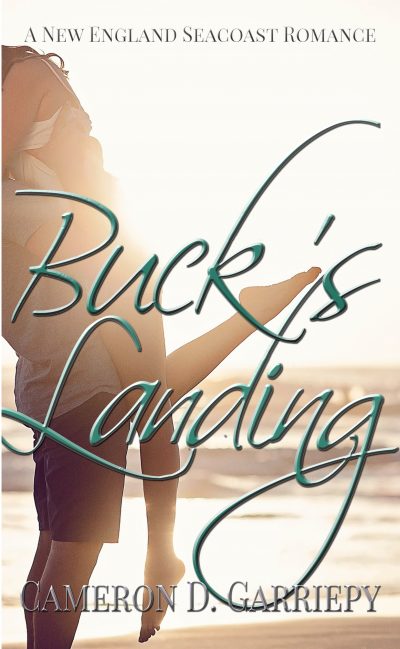 Sofia Buck fled Hampton Beach a decade ago, never looking back until her father’s untimely death forces her to return for the summer to deal with the family business. Her one goal: sell Buck’s Landing, so she can move on with her life.

Silas Wilde believes in serendipity, especially when it brings an irresistible woman into his life. He’s certain they belong together, and sets out to convince Sofia to give him—and Hampton—a chance at forever.

Rediscovering the magic of her hometown with Silas tempts Sofia with a future she never imagined, if only she can let go of the past that waits around every corner.

Buck’s Landing is the first in a collection of steamy, standalone New England seacoast romances.

An Aries, a self-described shenaniganist, and an unabashed romantic, Cameron writes romantic fiction and genre-crossing short stories from the metro-Boston area, where she lives with her husband, son, and a poorly behaved pug.

In the eighth grade, she wrote her first romance novel on an antique typewriter, using a stack of pink paper. Detours between that draft and publishing her first novel included a BA in Music from Middlebury College, a professional culinary education, and twelve years in the child-wrangling industry.

Cameron's personal and publishing adventures can be found at www.camerondgarriepy.com. She's been an editor at Write on Edge and is the founder of Bannerwing Books.

Buck's Landing was drafted while I was on vacation in Hampton Beach, NH, with my family. It's as faithful a representation of the place as I could create, and I still find myself looking for Silas and Sofia when I'm back there.

Be the first to review “Buck’s Landing by Cameron D. Garriepy” Cancel reply