You are here: Products Brooklyn’s Song by Sydney Arrison 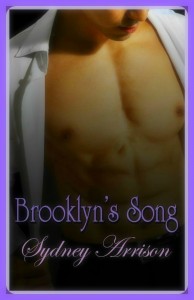 Brooklyn Pierce has just witnessed an attempted assassination, and Detective Song Kai and his partner, Detective Mattice Blake, are on the case.

But as the story progresses, sparks begin to develop between Brooklyn and Song, providing the reader with a storyline overflowing with sensuality, compassion and romance amidst the onset of drama, tension, suspicion, deception and murder and an explosive ending, which you will never see coming.

Sydney loves to hike, bike and play badminton when she isn’t writing. She resides in New York with her husband and two children.

I’m a huge fan of romantic-suspense. I wanted to write a story that contained. sensuality, romance, suspense and mystery.

The governor and his family raised their hands in the air as a sign of victory. They watched and absorbed the energy from the cheering crowd. The music began to play as a net of colorful balloons and confetti descended from the ceiling. The ballroom erupted with applause. The governor took Lydia by the hand and made his way down the stairs. Brooklyn, Jules and Dan followed behind him. They began shaking hands with eager supporters; some had their cell phones in hand snapping pictures of the family.
Brooklyn shook hands and leaned in for a few selfies. A couple handed their crying baby over to her and quickly snapped a picture. While skillfully handing the unhappy baby back to his father, Brooklyn looked over his shoulder and noticed a guy wearing sunglasses, a plaid shirt and a baseball cap. He looked out of place, she thought. The guy had a blank expression on his face and he was frantically pushing his way through the crowd. Brooklyn glanced over and saw her father and Lydia posing for a picture. She knew she had to try and reach her father to let him know.
Her eyes scanned the crowd. Dan and Jules were walking up the stairs that led to the stage. They soon disappeared behind a curtain. Brooklyn began to yell for security, but the music was too loud. She called to her father, but he was still working his way down the rope line. He must have heard her screams because he turned and saw the panicked look on Brooklyn’s face. His smile disappeared. Brooklyn watched in horror as the guy with the baseball cap stretched his hand out and pointed a gun. She saw a flash of light. Lydia fell back into the governor’s arms.