You are here: Products Broken Melody by Joseph Kiel 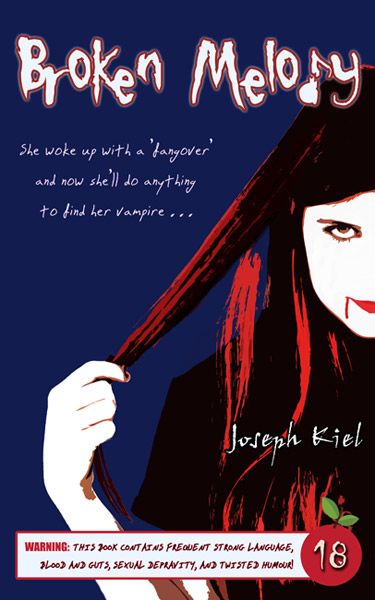 Young college student Melody has been living a little recklessly recently, and this morning she woke up with all the signs of a fangover: two bite marks on her neck and no memory of the night before. Fearing she’s about to turn into a supernatural creature, she embarks on the ultimate all-nighter full of indulgence and perversions, a twisted race against time to kill the very vampire that infected her before she too will make her turn…

Joseph Kiel is the alter ego of a filmmaker from Lincolnshire in England. He wrote and co-directed the independent feature film Shadows of a Stranger which had the sixth Doctor, Bungle, and the Voice of The Cube in it. He continues to write film scripts as well as novels, and sometimes he crosses the two worlds as he has done with Broken Melody. Maybe he’ll make another film one day, at least in a parallel universe.