You are here: Products Border Girl by Katy McKay 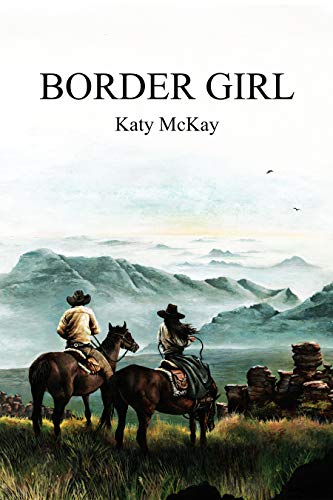 As Natividad Johnston approaches her 17th birthday, there is nothing she would change about her life. She moves easily between the cultures of her American father and her Mexican mother. She navigates the divide between the freedom of ranch life and the constraints of being a proper young woman. But it’s a time of change in the Arizona Territory, with rumors of rail lines and statehood, and when Nattie pulls a stranger from a flooded river he brings a challenge she never expected.

Border Girl is my first novel, although I’ve had articles published in newspapers and magazines. I was told from an early age that I’d be a writer, but I switched my major from journalism to geology. No regrets; it led to adventures in Canada and the US and then to many happy years teaching science in Arizona. As a Navy brat I’ve always loved being near the ocean, so I retired to Washington’s Olympic Peninsula where I wake up to a water view.
I volunteer at an animal rescue where I work with everything from alpacas to emus, but I especially love the horses. My sister and I had horses in California so a barn feels like home to me. I kayak, fix up dollhouses, and I’m always on the lookout for old quilts.

I started writing Border Girl while I was teaching 9th grade science. It’s hard for young people to figure out who they are and where they belong; especially so for multi-cultural kids. I wanted to give my Mexican-American students a strong, smart protagonist. The image of a girl on horseback in a torrential storm popped in to my head, and that was Nattie.